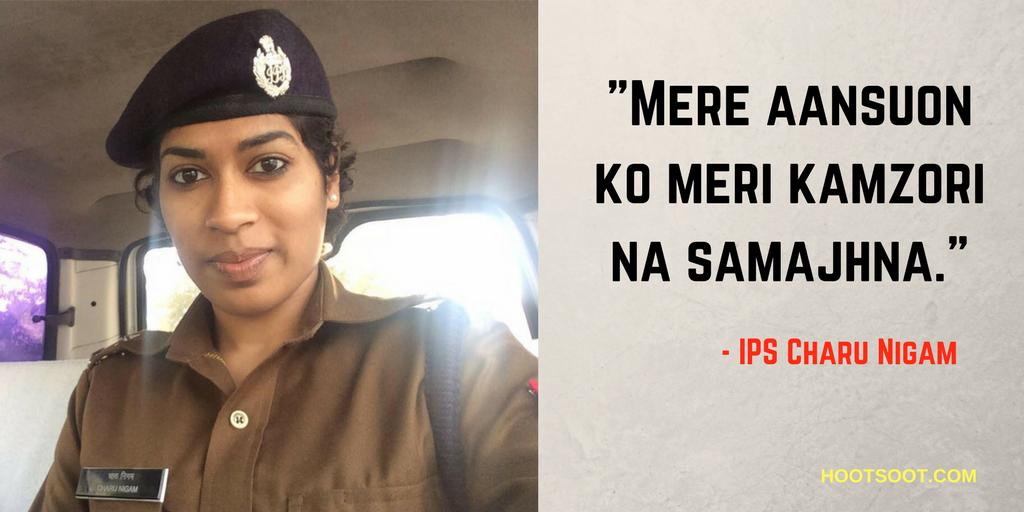 Legislators and people who hold public office in India speaking rudely to the public or their subordinates is not at all startling. But an MLA speaking harshly and arrogantly to a lady IPS officer, without any semblance of courtesy or civility, is obviously not something that we observe daily. It must be pointed out that noticeably ingrained patriarchy is definitely a factor here.

The case pertains to a viral video of an altercation between BJP Gorakhpur MLA Radha Mohan Das Agarwal and IPS Charu Nigam. The officer got teary eyed when her senior stood up for her and wrote a detailed Facebook post on what went into her mind.

The incident took place on Monday in Kareemnagar area of Gorakhpur as people protested against a liquor shop. The police removed the people protesting there which apparently angered the MLA – as he wanted the people to stay till he came. But the MLA blames it on the high handedness of the police officer.

In the video, the MLA is seen shouting at the IPS officer and she is seen wiping her tears with a handkerchief. The lady IPS officer said that the MLA refused to even acknowledge that he is talking to a senior police officer. The MLA was pointing the finger towards her and yelling ” Don’t cross your limits”.  Nigam’s senior officer SP city Ganesh Saha intervenes and stands for the police force. Nigam won a lot of support on social media after the video went viral and people urged her to not cry.

To clarify the matter, Nigam wrote on Facebook that her tears shouldn’t be mistaken for her weakness. She further added that she broke down because she was overpowered with emotions when her senior officer came in her support. 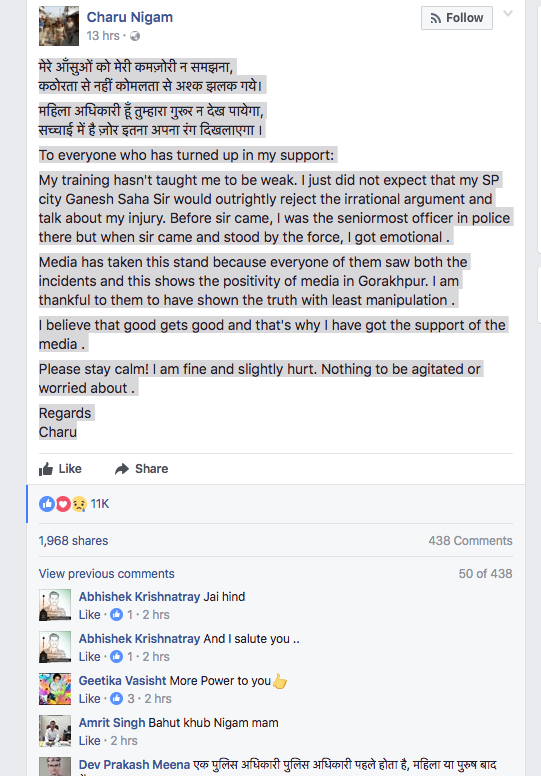