Indian Racially Abused In New Zealand And Threatened To Go Back 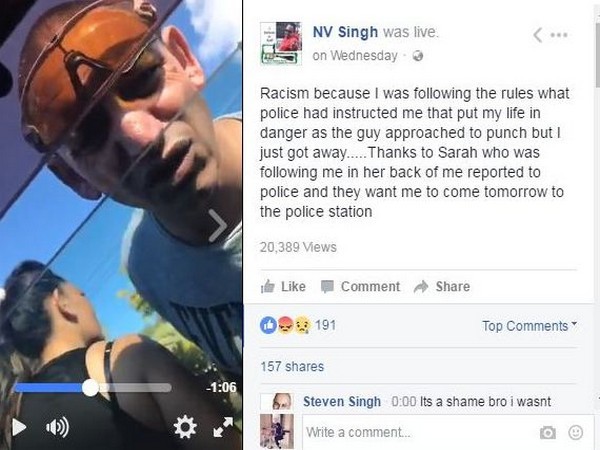 Indian national Narindervir Singh was racially abused in Auckland, New Zealand and was told to go back to his country. Narendervir Singh filmed the entire incident from inside his car and the video was streamed live via Facebook live.

“I gave him space… that lady gave me the finger. He was driving that car [pointing to a white Holden] and now he’s trying to threaten me, giving me bad names,”

The local person started abusing and passed derogatory remarks over Punjabi people when Singh said that the video is streamed online.