In a double first, Serbia choses its first woman prime minister who is also gay 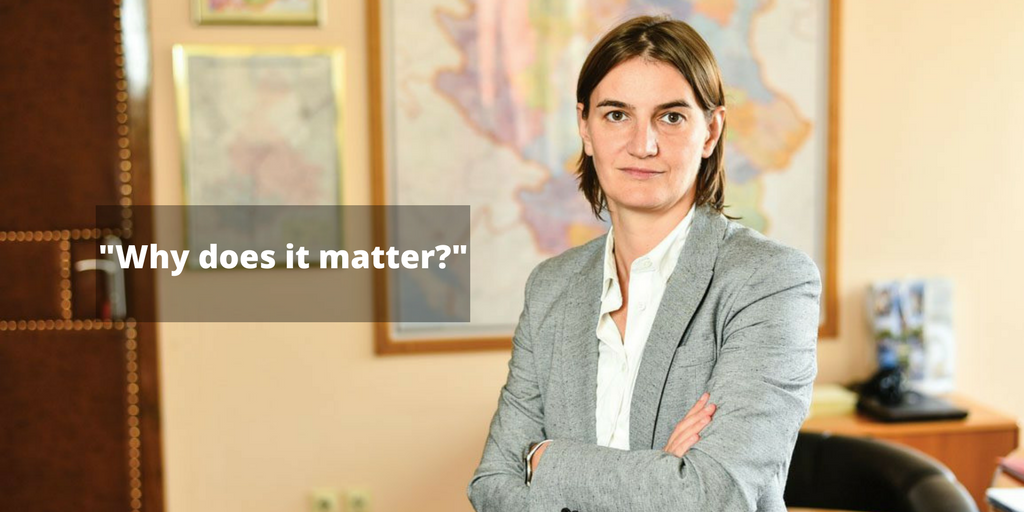 Serbia, a central European nation in the Balkans which was earlier a part of erstwhile Yugoslavia, has elected its first woman prime minister who is also a gay. It is a double first.

Ana Brnabic, 41, became the first gay and female prime minister. She is an alumnus of the University of Hull in the UK.

Her election victory is a big achievement in the Balkans and comes in the same week when Ireland also elected its first gay PM, Leo Varadkar, who is of Indian origin.

Brnabic entered politics last year when she became Serbia’s first gay minister. She was the minister for public administration and local self-government. She studied in both US and UK and holds an MBA degree.

Since joining the government last year, Ms. Brnabic has tried to place the focus on her qualifications rather than her sexual orientation, asking: “Why does it matter?”

Her appointment will send positive signals for the LGBTQIA community in Serbia and all across Europe. However, sceptics are saying that she doesn’t have good political experience and won’t leave an impact. Also, foreign policy is the exclusive domain of the president in Serbia.

But still, her election is a remarkable feat in a country where most people have negative stereotypes against homosexuals. This will go a long way in shattering stereotypes and ensuring that people would no longer care for another’s sexual orientation.