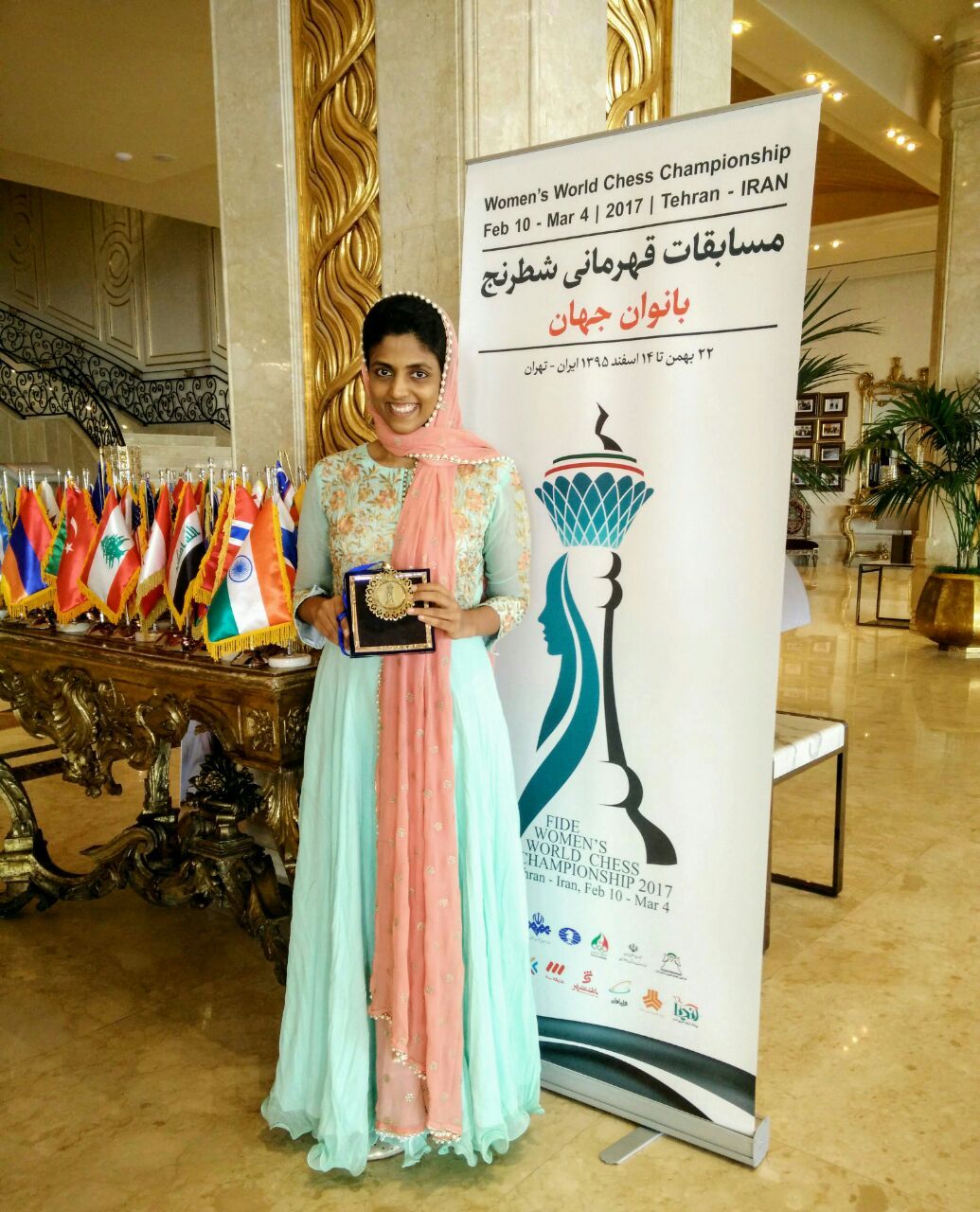 At the recently concluded World Chess Championship in Tehran, Indian girl Harika Dronavalli won a bronze medal. This is no mean feat and deserves all the applause, but on most quarters on social media we see deafening silence and casual disinterest in the feat of the Hyderabad resident young girl. Had it been a cricketing event and India would have won, there would have been jubilant retweets, hashtags and re-shares on Twitter and Facebook, celebrating her achievement.

The World Chess Championship was a 64 player knockout tournament and Harika lost very narrowly in the semi finals. But by defeating many top-ranking players she not only impressed chess enthusiasts but also carved a niche for herself in the world of chess. Harika has many other feathers in her cap also. This is her 3rd bronze medal in world championship. And in 2010 she won the women’s title in Commonwealth Games.
Certainly, Harika is a dazzling star in Indian sports and it’s unfortunate that most Indians don’t even know her name and she is not getting the recognition that she deserves. When she landed at Hyderabad airport, there was no one to greet her, cheer for her and felicitate her, except her parents. Had she been a cricketer, it would have been an altogether different story. Cricket has always received inordinate attention and public adulation in India and then we crib why a nation of 1.2 billion people punches abysmally below its weight at Olympics and only bags couple of medals – at the most. This is because there is no sporting culture in India, except an almost religious devotion for cricket. Unless and until sporting culture is evolved and public perception changes, a lot of sporting prodigies in India will go unnoticed and unsung.