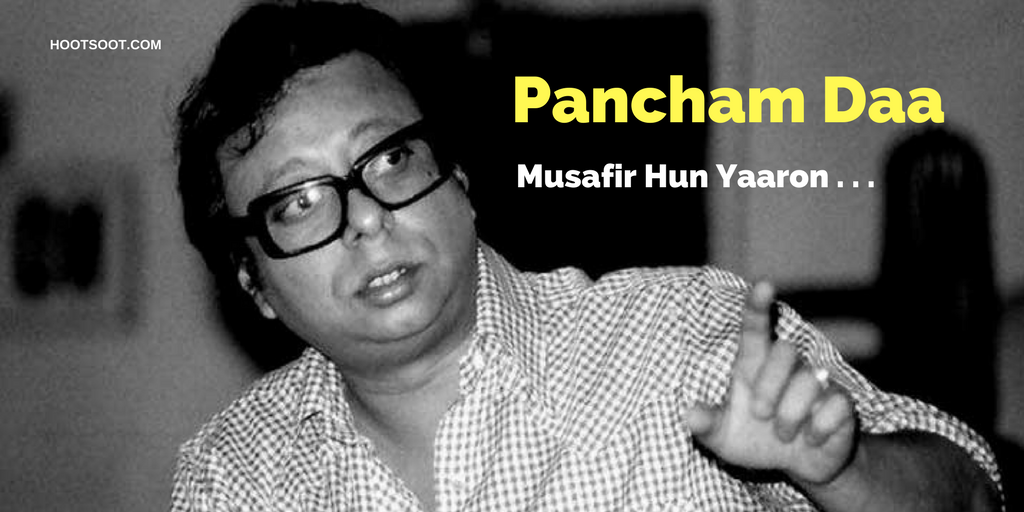 RD Burman – fondly known by his nickname Pancham Da to a legion of his fans – was arguably the greatest music composers and music directors in the history of  Bollywood. His father SD Burman was also a famous music composer of his times. The Burmans were also related to the Manipur royal family. RD Burman was a music prodigy and was a master in both western and classical music.

RD Burman was born on 27th June 1939 in Calcutta and today is his 77th birth anniversary.

RD Burman revolutionized Bollywood music by introducing rock and pop beats, and western style music in Hindi songs. He was a true maverick in the world of music who combined rock, pop, jazz and classical beats to compose some of the most loved songs in the history of Indian cinema.

Burmans illustrious career was at its zenith in the 1970s when Rajesh Khanna was the reigning megastar of Bollywood and his lover boy image was highly popular. He was also a lifelong friend of lyricist and poet Gulzar.

Here is the list of some of the gems he composed in his illustrious career which has now become immortal songs and still bring a smile on every music lover’s face.