Get naughty this weekend with Naughty Billo 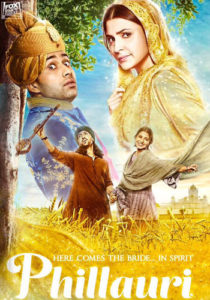 Ever since the trailer of the upcoming Anushka Sharma – Diljit Dosanjh – Suraj Sharma starrer Phillauri has come up, we can’t stop raving about the movie’s quirk element. Punjab’s sweetheart and Bollywood’s cutie pie is an irresistible pairing and the first song of the movie “Sahiba” with its Sufi elements intact had us swooning for all the right reasons. The second song , “Naughty Billo” was just released and Anushka raps in it – a first for a Hindi movie. It has Diljit lending his vocals and also for the first time the female protagonist can be seen shaking her booty instead of shaking people with fear with her bhootiya act,

Sung by Diljit Dosanjh, Nakash Aziz and Shilpi Paul, the song has been composed by Shashwat Sachdev and the lyricist is Anwita Dutt.

5 ways in which feminism is misunderstood