Farmers protest morphs into an ugly political agenda, thanks to some enlightened twitterati 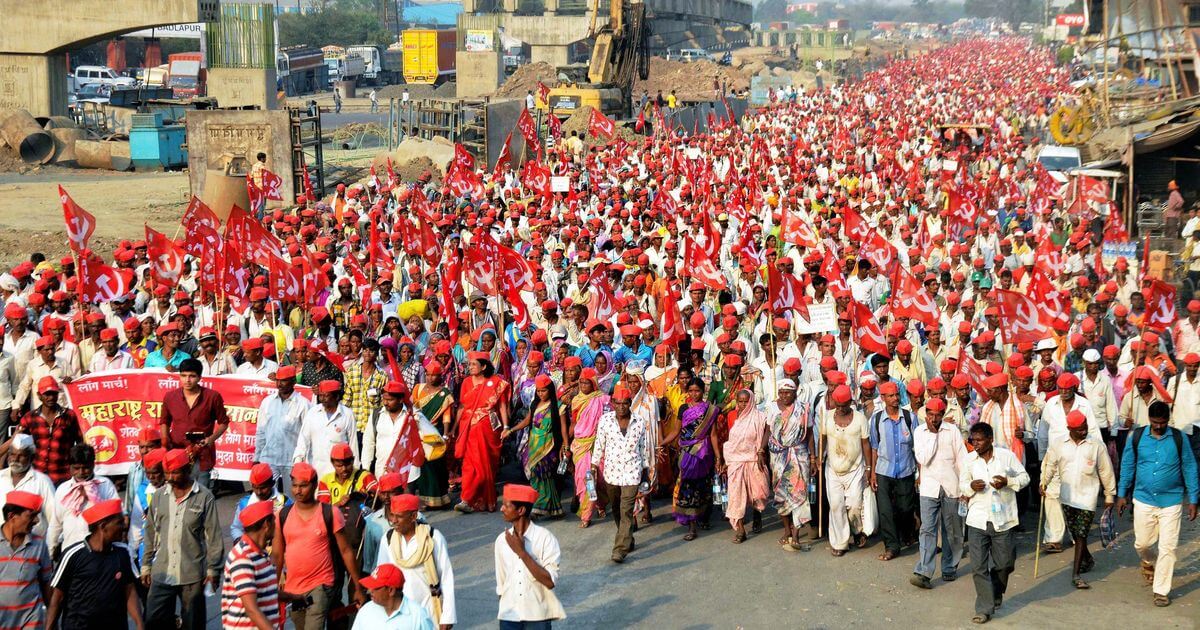 Jai Jawan, Jai Kisan – this war cry from India’s second Prime Minister Lal Bahadur Shastri came at a time when the country’s territorial as well as food security was in danger. This happened in 1965 when India was fighting a dual battle. It was attacked by Pakistan and there was an acute shortage of foodgrains in the country. Today, 53 years later, we are yet to find sustainable solutions for these two burning issues. Our borders are continuously threatened by the neighboring powers and our farmers are out on the road protesting against the depriving policies of the state. The ones who are satiating the hunger of the millions are walking with blistered feet to demand for the rights they deserve. The “Sea of Red” in Mumbai’s Azad Maidan bore testimony to the fact that our agrarian infrastructure is in a creaky state of disrepair and some urgent measures need to be pursued to make this country a farmer-friendly one.

This occasion, which should have ignited some serious debates about the state of agriculture anarchy in the country was trivialized by some twitterati as merely a political propaganda.

I am the part of CPI(M) IT cell and yechuri told me that this Maharashtra Farmer protest is orchestrated to deviate media attention from humiliating Tripura defeat and failed intolerance narrative. He also told me to tweet somethng in favour of BJP/Modi to camaflouge among Bhakts

Very interesting! Are we being sold a sordid communist story of farmer protests, done by their own cadre? @republic Has media fallen for this lie? https://t.co/McEKDvoeaZ

Excellent excellent optics by the Left on the farmer march. No one can do romance and heartstring tugging better than the Left. Those coordinated Instagram ready shots of tired feet and broken slippers were genius.
Protest is a performance!

The left may have lost Tripura and Lenin toppled, but the power of ideas cannot be defeated electorally as visible in this ground up farmer's protest, many carrying hammer and sickle flags.

Question for those tearfully cheering the #KisanLongMarch as if revolution was at the doorstep: Would you hail the protest as a ‘deprived farmers’ rally’ if they, in a non-BJP state, were to carry saffron flags instead of red?
Or would you then call it a ‘saffron show of power’?

Wife prepares Tinde for Lunch.
VA: When did you become Urban Naxal

Dangerous hidden agenda of the left exposed. In the garb of standing up for rights of the farmers, they're attacking Hindu temples. There is much more to this so-called #FarmersProtest than what meets the eye. Wake up!! #MahaFarmersMarch pic.twitter.com/rqj7KbqXED

Some of the jokers in our Parliament and outside need to learn lessons from the farmers in Maharashtra: even protests can be decent and done with care for others. Not like louts…

These tweets show how even the most serious of issues are seen with politics-tinted glasses in our country. Though politics is a powerful weapon to bring positive change in any society, in our country it is often misused to further a particular political party’s shallow objectives. It is high time, the countrymen learn to identify real issues as they are – on their face value instead of degrading them by mish-mashing them into a political game of wins and losses.