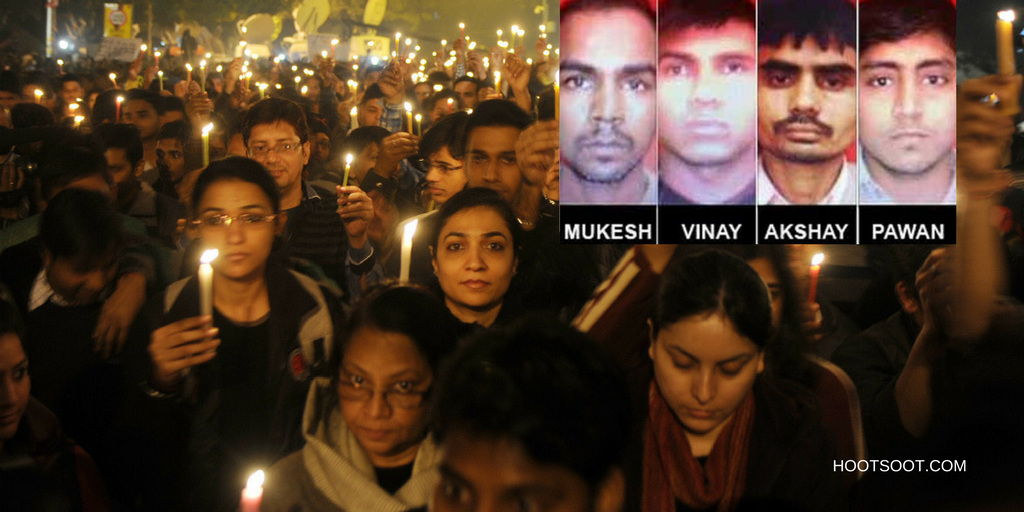 In India, it is often said that justice delayed is justice denied because of the time consuming legal hassles which debilitate the victim and the plaintiff. Reports of judicial corruption, monumental procrastination, inefficiency and long pendency of under trial cases also lead to resentment and shakes the faith of the common people in the judiciary.

But today’s Supreme Court verdict, in which it has upheld the death sentence for all the 4 accused in the horrendous Nirbhaya gangrape case, is a commendable decision which has come like a glimmer of hope amidst despair about corruption, judicial overreach or tug of war between the government and the judiciary.

The apex court of the nation said that “It is a rarest of rare case and that the incident created a tsunami of shock.”

The bereaved parents of Jyoti Singh and all those who stood with them shoulder-to-shoulder have finally got justice today. This is a moment of triumph and hope. And the verdict would act as a deterrent against such horrifying crimes against women.

On the fateful night of 16th December 2012, a 23-year-old physiotherapy student named Jyoti Singh was brutally gang raped, a metal rod inserted in her, her intestines pulled out, in a moving private bus. This happened after she boarded a bus along with a male friend of hers after a movie show. She was thrown off the bus naked, disemboweled and bleeding. She was in ICU but succumbed to cardiac arrest in Mount Elizabeth Hospital in Singapore after 13 days of struggle for survival.

Her harrowing ordeal was gut wrenching and shook the conscience of the entire nation. There was visible outrage in the public and protests erupted in large parts of India in solidarity with the victim and to demand the harshest punishment for the inhumane perpetrators.

In 2013, the fast track trial court announced death penalty for the accused. The accused challenged the verdict in the Delhi High Court, but the court upheld the death sentence describing the crime as fiendish and beastly.

One of the accused – a guy who was supposedly few months short of 18 years of age as per his birth certificate – was let off after 3 years in a juvenile correction home.

This lead to a groundswell of public anger and lead the government to make amendments in Juvenile Law. After the amendments, a person between the age of 16 and 18 can be tried as an adult in case of extremely heinous crimes.

In the aftermath of this horrendous incident, the government framed Nirbhaya guidelines, started a helpline for rape and sexual harassment victims, set up a corpus of 3,000 crores to set up rehabilitation centers for victims, and declared stalking a crime. This was only made possible because of the struggle of the thousands of common men and women who joined hands for the cause of women safety. This is the power of an alert and conscientious public committed to safety, security, and justice for women.

Why we should bid goodbye to the term “friend zone”?