Eidi for his fans : SRK comes out with Abram to spread the joy 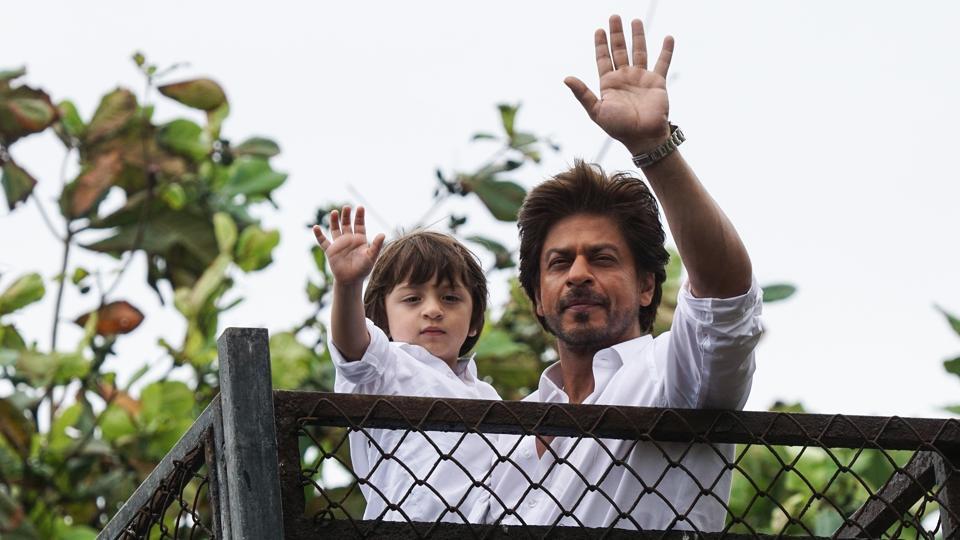 Shah Rukh Khan gave his fans an Eidi like every year by greeting them outside Mannat, his bungalow in Mumbai. He stepped out on the balcony of his home and waved to his fans, with son Abram in tow.

Retweet if Raees is the first word that comes in your mind looking at this picture! @iamsrk in white pathani #Eid special ❤ pic.twitter.com/wauuYLOqPc

Earlier in the day, a fan page tweeted pictures of a swelling crowd waiting outside the King Khan’s residence to greet him. SRK replied on the tweet saying he will be out in a little while. The father-son duo were seen sporting white kurta-pyjamas. Shah Rukh conducted a press conference on Monday wherein he revealed his Eid plans. He said he gives a toy to Abram everyday, thus making everyday as joyous as Eid for him. He also said he wishes to cook for his elder kids Aryan and Suhana as they are home from school right on time for Eid.

.@iamsrk and AbRam Come Out to Greet Fans on EID 2017https://t.co/d0SNXG1SvM pic.twitter.com/Z02p9ciAfm

On the professional front, SRK is awaiting the release of Harry Met Sejal which will hit the theatres in August. It co-stars Anushka Sharma and is directed by Imtiaz Ali.