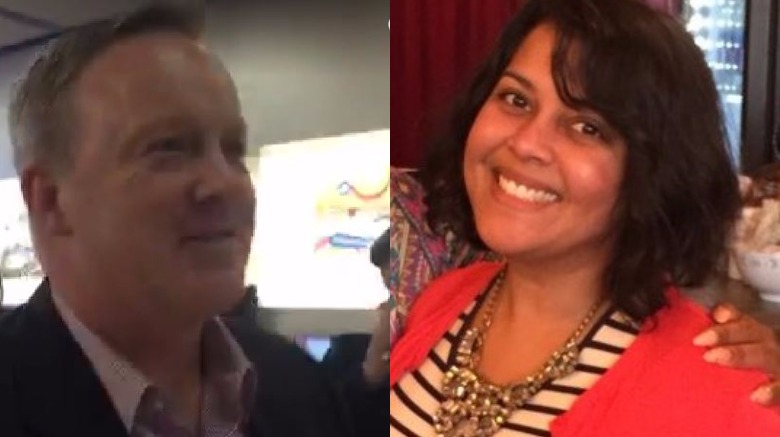 “How does it feel to work for a ‘fascist’?” “How do you feel about destroying the country?” Spicer replied the Indian-American woman in an arrogant tone “US is such a great country that allows you to be here”.

But the lady went on shooting uncomfortable question which even media people don’t ask openly.

“Have you helped with the Russia stuff? Have you committed treason too, just like the president? What can you tell me about Russia… and how do you feel about destroying our country, Sean?”

Here is the viral video.

Video : Check out this vehement indictment of patriarchy

UP Elections 2017 : The best of the mahasangram!