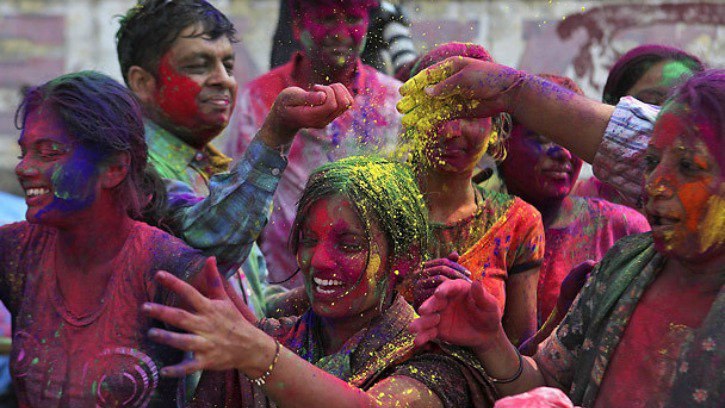 Eve teasing, drunken revelry, boorish behaviour, uncouth signalling, and even hooliganism is very common around Holi. And it is usually women who have to exercise more restrain and caution during Holi. But is it a solution that women should step out less around Holi because of the fear of anti social elements lurking around, inebriated by liquor and mild narcotics? Is it not anybody else’s responsibility, not incumbent on us a a collective social responsibility?

This time two girls hostels owned by Delhi University prohibited women inmates from stepping out during Holi. Main hostel gate of both hostel remained closed till 5:30 PM. But this time the students did protest against these harsh and regressive rules. Pinjra Tod, which translates as Break the Cage, is an online social media group where women of universities across India protest against unjust university laws which are biased against women, restrict their individual freedom, liberty and mobility, and subject them to regressive diktats. Pinjra Tod raises these issues on a regular basis and reminds everyone that incarcerating women and limiting their freedoms is knee jerk reaction, reeking of patriarchal and traditionalist social norms, and no solution based approach to sexual harassment.