Deadly cocktail of WhatsApp, terror and Pakistan in Kashmir

Stone pelters in Kashmir have become the face of the worrying trend of radicalization in the state. The National Investigation Agency in its investigation against the stone pelters found some startling revelations and cemented the worst fears behind the aggravating dynamics in the restive territory. The NIA found 28 WhatsApp groups who had administrators, members and creators belonging to Pakistan. The group also had members who were certified cadres of the terror outfit Jamaat-ud-Dawah.

As per a report published in Times of India, these 25 Whatsapp group add up to a total of 5,000 members who majorly constitute local Kashmiris. Pakistani contact numbers form a significant part of such groups. Pakistani citizens either create such groups or act as members. Some contact numbers have also been linked to contacts visible on publicity material generated by the terror outfit JuD. These linkages point towards the involvement of terrorist organizations in the stone pelting incidences in the valley. As per an NIA investigator, the whole operation is funded by payment from separatist parties. These funds are purportedly originating from Pakistan.

The messages on these Whatsapp groups include religious sermons, information about ongoing anti-terror operations and terror inciting messages. There are messages about encounters between militants and security forces. They carry remarks like “your brothers have been cornered” and incite the youth to disrupt the functioning of the forces. The idea, as revealed by NIA investigators, is to mobilize youth for stone-pelting so as to facilitate the escape of terrorists from the area.

NIA has zeroed in on 48 habitual stone-pelters based on the combing of these WhatsApp groups and are likely to arrest them soon. The telephonic details of these men have also been extracted. These details reveal frequent contact with local Hurriyat leaders who in turn are connected to top-ranking separatists. Their Facebook timelines had posts sympathizing with terror outfits. 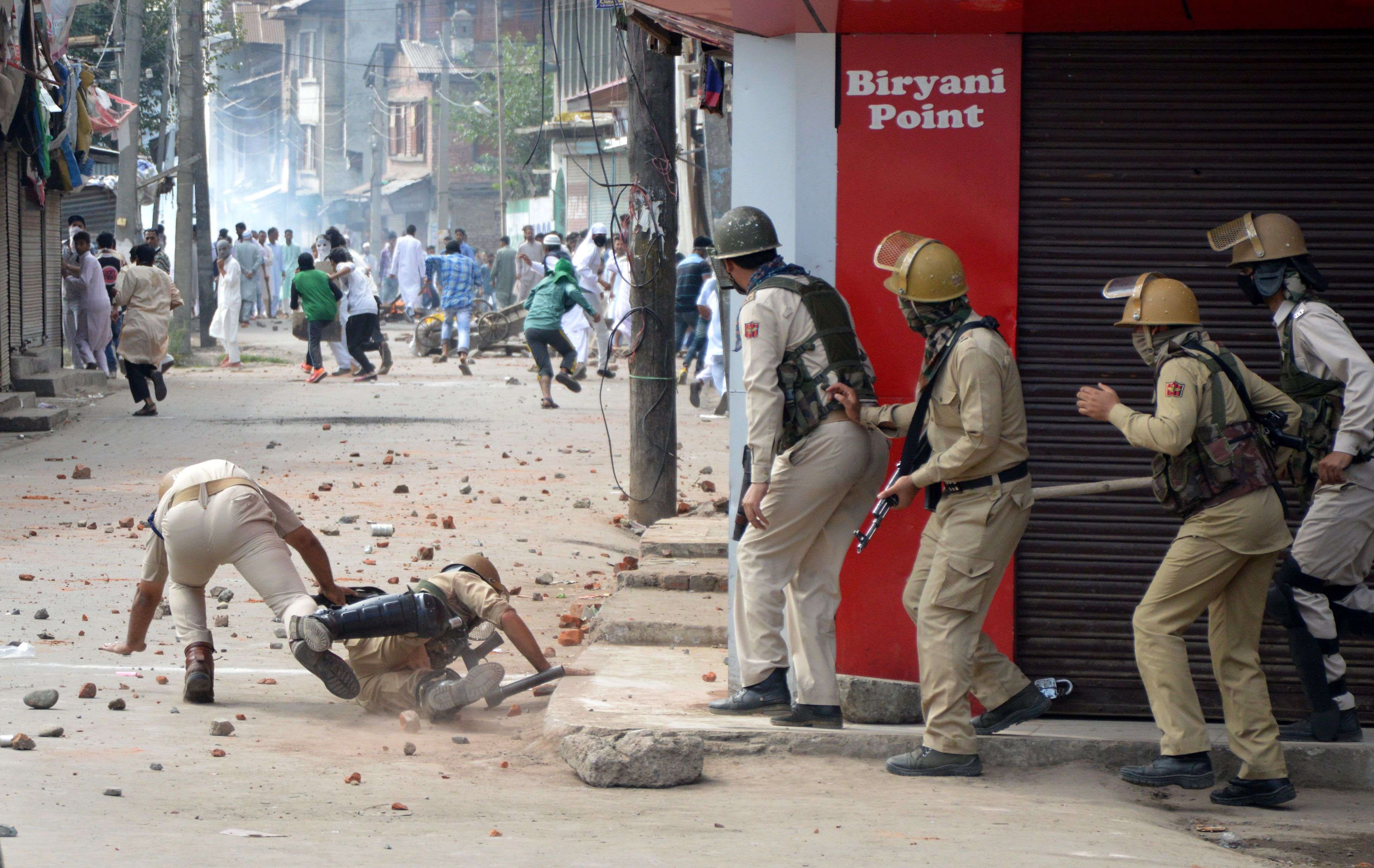 These revelations are enough to contend that the youth participating in stone-pelting activities are not acting on their own. They are backed by separatist leaders, terror-outfits and several influencers of Pakistani origin. They are offered money to pelt stones and are brain-washed into disrupting the normalcy in the state. These investigations will reach top separatist leaders soon. In fact, as per sources, Tehreek-e-Hurriyat’s chairman Syed Ali Shah Geelani’s son Naeem Geelani can be summoned for questioning in a few days.