Can you play a saxophone while having a brain surgery? Read here about the man who did 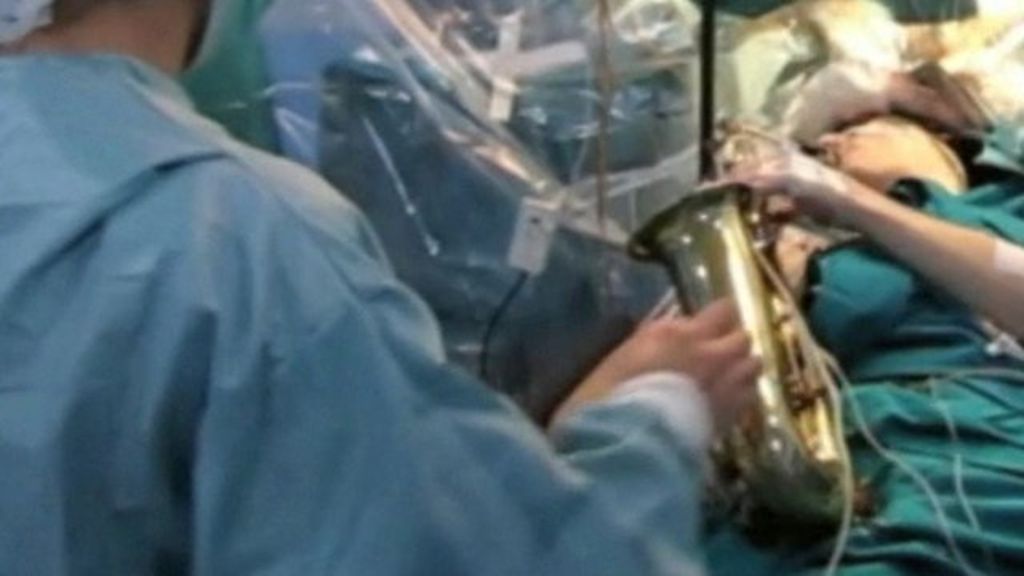 In a bizarre manner, a team of doctors in the US successfully removed a brain tumor from a patient while he played the saxophone in the operating room.

The man, Dan Fabbio, 25-years-old, got to know about his brain tumor in 2015. At that time he was working towards a master’s degree in music education. Strangely, the tumor was pressing against the part of his brain that interprets music. It was not cancerous.

A neurosurgeon from Del Monte Institute for Neuroscience at the University of Rochester Medical Centre said that Removing a tumor from the brain can have significant consequences depending upon its location. Both the tumor itself and the operation to remove it can damage tissue and disrupt communication between different parts of the brain.

So, doctors developed a series of cognitive musical tests that Mr. Fabbio could perform while the researchers were scanning his brain.

The Doctors Said He Would Die Without Surgery And He Still Can’t Speak.

In order to ensure Fabbio’s ability to play music, doctors decided to bring his saxophone into the opearting room and have him play during the procedure. A modified version of Korean song was selected which could be played with short and shallow breaths. The man played while lying on his side during the surgery and the doctors were fully exposing the brain.

After the removal of tumor, the surgeons gave the go-ahead to bring over the saxophone and let the patient play.

Moved by the tears of Kashmir’s slain cop’s daughter; Gambhir has promised to bear the expenses of her entire education