Can Nepotism Alone be a Passport to Success in Bollywood? Imtiaz Ali disagrees 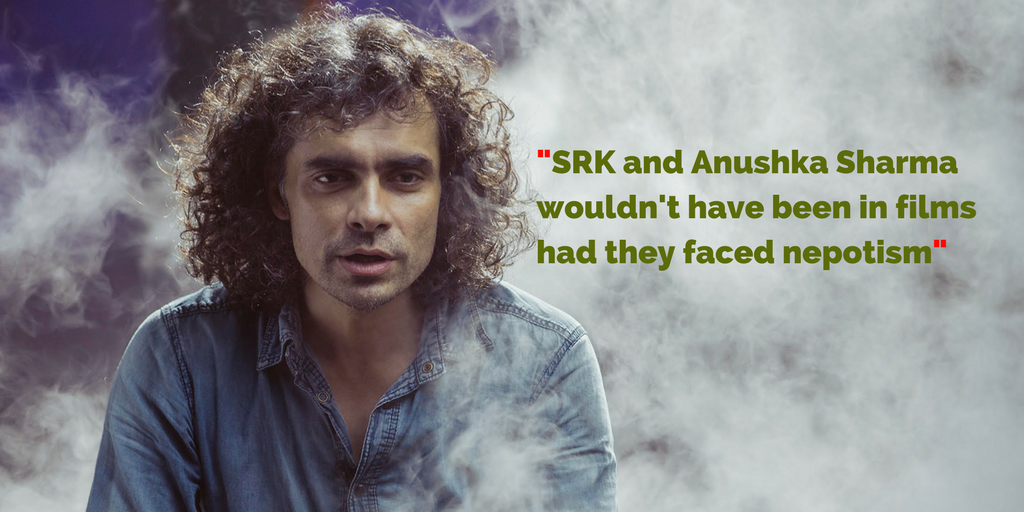 The debate on nepotism is raging in Bollywood these days, after Saif Ali Khan, Karan Johar and Varun Dhawan reignited the controversy by taking a dig at Kangana Ranaut and unabashedly saying ‘Nepotism Rocks’.

Nepotism, or giving undue favors to one’s family and kins, is a social reality and widely prevalent in India. It is not only limited to Bollywood and extends to a lot of fields. Kangana was right to decry nepotism, however, there is a nuance that most people seemed to miss. Even with nepotism and good contacts, hard-work, talent and luck are indispensable in determining the career growth. Not all wards of stars end up as successful actors, a lot of them fade into oblivion.

| Also Read: 5 ways in which Varun Dhawan could have apologized to Kangana, but he didn’t

Nepotism can only be a launchpad, it can not control the direction of career flight. Nepotism gives a good start and extra initial advantage, which is by no means a trivial thing given the cutthroat competition in Bollywood and literally a plethora of talent. But after the launching, everything boils down to either talent or luck factor.

Director Imtiaz Ali, however, disagrees with Kangana’s statement about entrenched nepotism. During the promotion of Jab Harry Met Sejal he said, that had there been nepotism, people like me and Shahrukh Khan would never have been able to make it in the film industry. Anushka Sharma also seconded it by saying that her debut was with Yash Raj Films and they prefer talent over anything.

Sikh men in Kashmir rescue items from a flooded Mosque