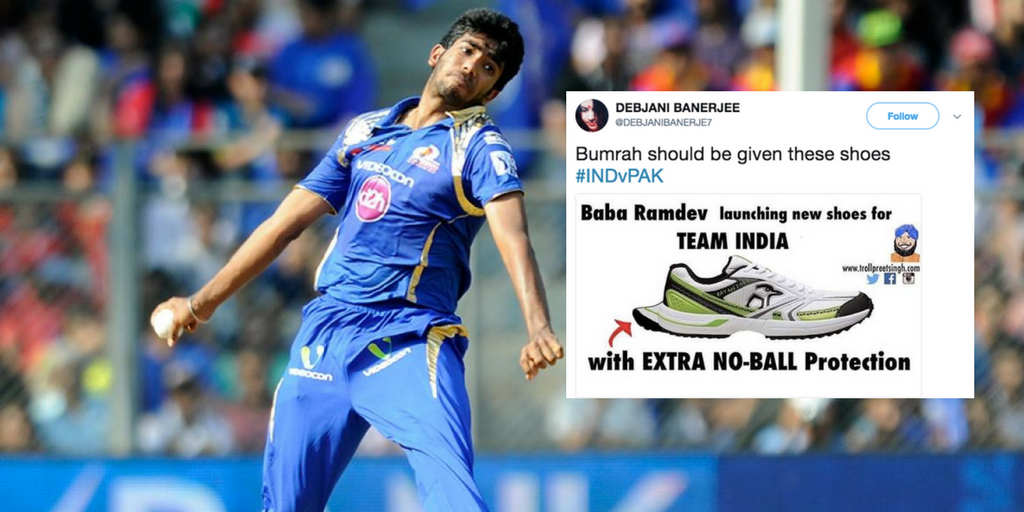 Every extra run given by team India in the final of ICC Champions Trophy is unpardonable while playing against its arch rival Pakistan. Wides and no-balls bowled by Bumrah are not going down well the Twitter users. He even got Fakhar Zaman caught behind the wickets but unfortunately, it turned to be a no ball.

Bumrah has become gumrah …A habitual no ball baller …It will.cost dearly

#Bumrah needs to bloody work on his issues with the no ball. It's getting bloody costly now. #INDvPAK

Bumrah should be given these shoes #INDvPAK pic.twitter.com/23Wto4ZGbA