Budget 2017 : What is in store for the smart phone industry? 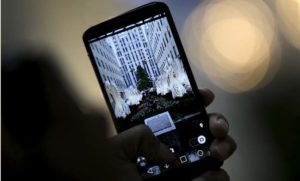 The Budget 2017 will lead to a marginal increase in the price of smart phones as the government has decided to levy an additional special duty on Printed Circuit Boards (PCB). PCBs are one of the main components in a smart phone as it covers 25-30% of its manufacturing costs. In order to push manufacturing activity in the country, the government has announced an additional 2% duty on the import of this component. This is likely to push the prices of smart phones of foreign as well as domestic brands.

This development defeats expectations that prices of smart phones will come down to boost government’s Digital India policy. The move is also a dampener for the cause of mobile payments, especially after demonetization. According to industry experts, the additional duty to be incurred by the manufacturers will be passed on to customers as currently, no facility holds the expertise to manufacture this hardware equipment domestically. On the upside, this move could boost government’s Make in India initiative. Mobile brands will be incentivized to manufacture smart phones in the  country instead of just assembling them here. Indonesia and Vietnam might emerge as fierce competitors with their current domination as far as smart phone manufacturing facilities are concerned. However, according to Narendra Bansal, chairman and managing director of Intex, the increase is so small that the companies would absorb the impact and would not pass it on to the customer.

In addition, the government has upped the allocation for Modified Special Incentive Package Scheme (M-SIPS) and the Electronics Development Fund (EDF) to its highest level ever at Rs. 745 crore. Manish Sharma, President and CEO of Panasonic India said that this increase will lessen dependency of the smart phone industry on imports. The M-SIPS scheme will grant a subsidy of 20% in Special Economic Zones (SEZs) which involve manufacturing of electronics. It also as a provision for reimbursements of excise/countervailing duty (CVD) for capital equipment for units falling in the non-SEZ category.

To further strengthen the Make in India initiative, the government has put in force a differential duty structure which entails a 1% duty to local manufacturers. Import of phones, on the other hand, will attract a 12.5% duty. Battery, adapters and headsets have a differential duty structure as well. Domestic manufacturers will have to pay a 2% duty while those who import will have to shell out a 12.5% duty.

10 upcoming smartphones to look out for in 2017