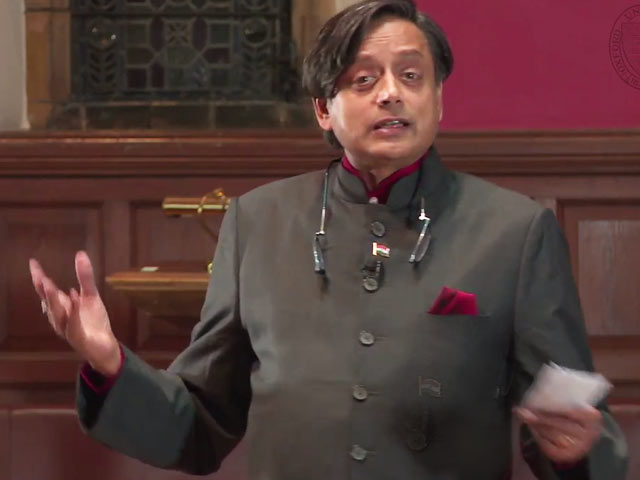 Shashi Tharoor is known more as a writer with unmatched intellectual eloquence in the political fraternity. He has criticized the British rule in India time and again for sucking out the prosperity and creating famine like situation in the Indian state. If you remember his Oxford Union speech, there is no need to explain further.

So much is his anguish that he has even written a book titled Inglorious Empire citing the wrongdoings and exploitation done by British over the period of 200 years.

He also told a British anchor that Britain is not teaching its real history to the citizens and is suffering from historical amnesia.

Recently he has tweeted a petition started by his London based nephew Avinash Tharoor. The petition needs at least 1,00,000 signatures to become worthy enough to be debated in British parliament over the idea of an apology to India.

Petition seeking British apology to the people of India needs 100,000 signatures to be debated in the UK parliament! https://t.co/IJfhnOt7iT

All we can say is, sign the petition and make Britishers apologize to India.

What was it like to be a classmate of Raghuram Rajan in IIM-A?