Bollywood Stands Strong by Bhai Despite Conviction, But Let’s Face It Things Will Never Change 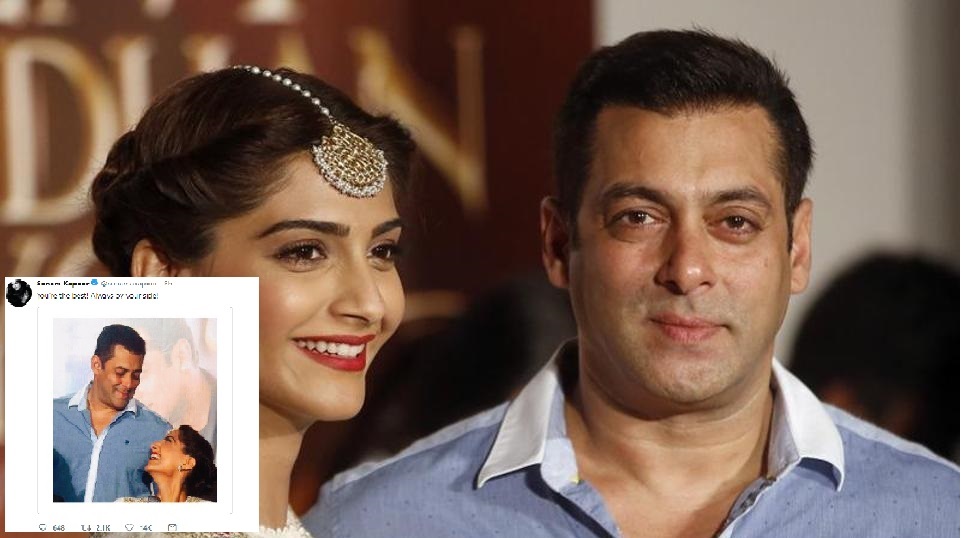 All the animal awareness that is visible the most on social media is spread by our philanthropical Bollywood stars. They become even more vocal at the special occasions such as Diwali and Jalikattu festival. Then these are also the same stars that are offering their strong support to their ‘Bhai’ who had deliberately killed two Black Bucks that were not only innocent animals but also belonged to an endangered species.

You’re the best! Always by your side! pic.twitter.com/40GrtD4afU

I know for a fact that Salman bhai and his family have the utmost respect and faith in our judiciary system. @BeingSalmanKhan is one of the strongest and most genuine people I know and I’m sure he will come out of this stronger.

The law takes its course. Can’t argue it. But at this point in time I just feel helpless and my heart goes out to @BeingSalmanKhan and his family. Reason, cause the last thing @BeingSalmanKhan is, is a criminal.I feel this is too harsh. I do hope he gets the relief he deserves.

Maybe Varun Dhawan actually meant that Bhai and his family have the utmost faith in our judiciary system that whether their beloved kills an innocent man sleeping on the footpath or two innocent animals, he will eventually walk free of all charges. And yes referring to Arjun Rampal’s tweet, killing humans and animals and being involved in domestic abuse don’t make anyone who owns the charity brand ‘Being Human’ a criminal.

People who are not a member of bhai-squad across the social media platforms including Twitter rejoiced when the 5-year jail sentence was announced although while being aware of the sad reality that he will be granted a bail eventually no matter what.

And the inevitable happened on Saturday afternoon when ‘misunderstood superstar’ or ‘the most humanitarian’ star got bailed. Bollywood was quick to offer their strong support because let’s face it, if ‘Bhai’ can launch any XYZ with his own filmmaking brigade and make him a star overnight, he can also destroy even a superstar’s career overnight with his internal powers. So, you gotta stand by him while being visible to all cameras and reporters not only when he throws grand Eid or Diwali Parties in his Panvel farmhouse, but you also gotta extend your support when he is being ‘wrongly targeted’.

Only ‘Aam Janta’ like us can mourn for the bucks while no famous personality got a spine to do so, the Twitterati are at least doing the best they can – calling out the Bollywood celebs for their hypocrisy and hiding their frustrated faces behind black humor and sarcasm.

Bollywood peeps posting pictures with Salman saying shit like “always by your side” Bruv, he voluntarily KILLED an endangered species. He hasn’t been diagnosed with a rare disease.

Celebs when animals are suffering during diwali & holi
V/s
Celebs when their colleague kills an animal pic.twitter.com/9nbGaed0v6

Pls teach Bhai that Blackbucks are living beings that deserve love too. pic.twitter.com/djH6BILT8P

Right. So, #SalmangetsBail.
Chalo, at least he had to pay the penalty of shifting his return flight from Thursday to Saturday.

Important papers submitted by Salman Khan's lawyer in the court that get him bailed.. #SalmanGetsBail pic.twitter.com/1mY6WN0IwK

When it comes to bail, not all prisoners are as lucky as Salman Khan. #SalmanGetsBail in the #BlackBuckPoachingCase
LIVE UPDATES here: https://t.co/KYB94xk6jo pic.twitter.com/AsK5KNrqpY

#salmangetsbail can trend for a day or two and people can oust their frustration on their timelines but let’s be practical and face the reality, things have always been the same and won’t change in the future either. It has been a record that Bhai has always come out clean and strong and his movies that released right after the court case judgments have been even more successful and better chartbusters. Same will happen again and his next will break all the records on the box-office while his fans will dance in his fandom and hail all the humanitarian work he does and favors he does to the society.