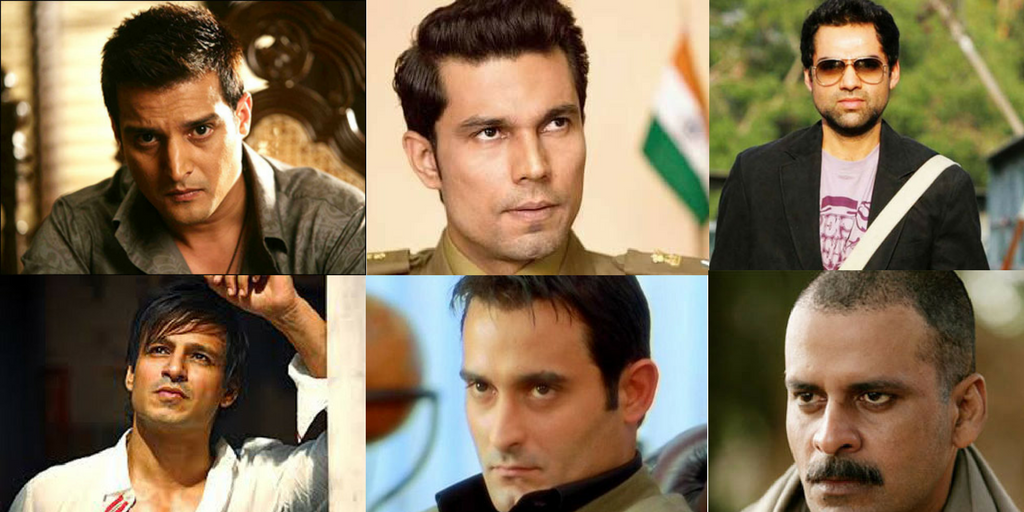 Bollywood is a brutal place to survive in. Apart from big 3 Khans; nobody has ever been able to rule the industry for such a long time. Ironically, the Hindi film industry has always remained indifferent towards talented and unconventional actors and failed to provide ample opportunities to let them bloom. These critically acclaimed actors are known for their realistic acting and powerful performances. They have won national awards and have delighted the audience with unimaginable acting skills time and again.

They deserve more meaty roles because it is the Bollywood and their fans, who are at loss but them.

Jimmy has acted in Punjabi as well as Hindi movies. His good looks and actings earned him many fans, but he hasn’t been highly successful at the box office. He received praise for his acting in the 2003 film Haasil and in Sahib, Biwi Aur Gangster. His role of a cop in A Wednesday and a disgruntled lover in Tanu Weds Manu series are among some of his finest performances. The flawless actor’s ability to deliver dialogues effortlessly has a massive fan following but he is now ironically reduced to cameos.

This Haryanvi lad coupled with rugged looks and intense acting was one of the most promising actors of his time. His career graph has seen many ups and down. He delivered powerful performances in Once Upon a Time in Mumbaai, D, Main Aur Charles and Rang Rasiya. Be it the role of the famous painter Raja Ravi Verma, or a ruthless gangster, or a law abiding police officer, Randeep played all of them effortlessly and won aplomb.

Vivek Oberoi made his entry into Bollywood with a lover boy image and his career almost cratered after his war-of-words with Salman Khan. Vivek couldn’t become a big star, but he delivered solid performances in Omkara, Company, and Shootout at Lokhandwala. His on-screen portrayal of gangster Maya Dolas was a tour de force cinematic performance.

It is hard to believe that the refined actor who has won two National Awards and four Filmfare Awards was rejected by the prestigious National School of Drama. His acting is realistic and has the subtle fineness of a matured thespian. He is a truly versatile character actor. His role of a Rajput prince in Zubeida, or the role of an honest police officer in Shool, a gangster in Satya, or a no-nonsense ruffian in Gangs of Wasseypur are some of his unforgettable performances. Recently, he riveted us with his acting skills in Aligarh, a movie based on the life of a Marathi professor at Aligarh Muslim University, who was shamed due to his homosexuality.

Being the son of superstar Vinod Khanna, it was very difficult for Akshay to outshine his father. But Akshay did manage to carve a niche for himself. His acting in Aa Ab Laut Chalen, Hungama, Hulchal and the multi-starer LOC Kargil were appreciated by the critics and the viewers alike. His roles in Dil Chahta Hai and Gandhi My Father are among his best performances.

Abhay is known for his serious acting, laced with genial humor that immediately strikes a chord with the audience. His role of a heartbroken modern day debauched, drug-fuelled Dev D, was terrific acting. In Socha Na Thaa we fell in love with the simple lad. And in Oye Lucky Lucky Oye, we were thrilled by the adventures of the supercar thief. And Zindagi Na Milegi Dobara revealed critically acclaimed actor’s funny bone. Abhay is certainly amongst a rare breed of actors who are very realistic and mold themselves as per the character.