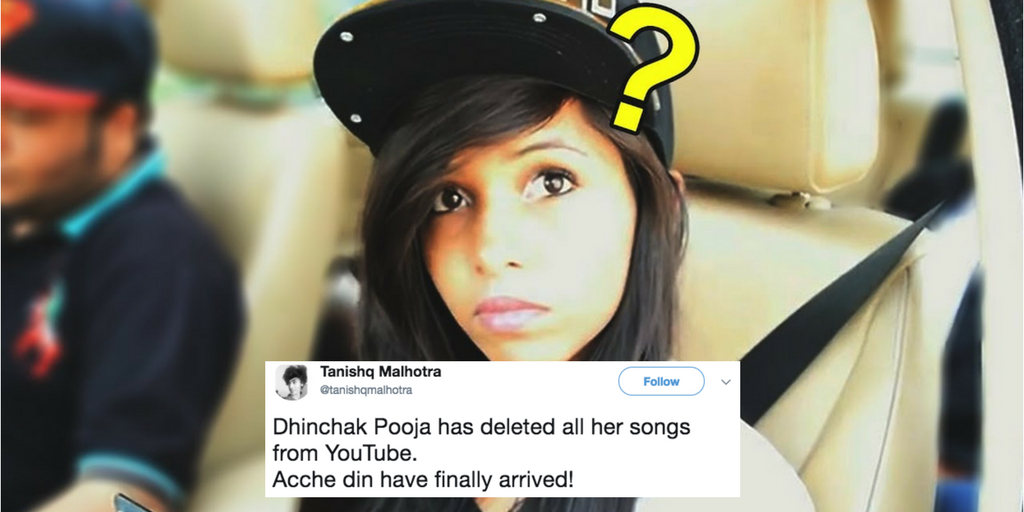 Viral sensation Dhinchak Pooja invoked mixed feelings among netizens of India. Some enjoyed her ear tearing ‘cringe pop’ but the majority of them loathed over her ability to come up with such bizarre music videos. Nevertheless, Dhinchak Pooja is now popular in every household and she is even speculated to be participating in the upcoming season of Bigg Boss.

Just when she was about to make big in the entertainment industry, someone has claimed copyrights of her songs. YouTube has removed all her music videos from her official YouTube channel except ‘Dilon Ka shooter’. As per the news reports, the complainant’s name is ‘Kathappa Singh’.

Twitter went crazy over this news and many of them are taking a sigh of relief.

Dhinchak Pooja's videos have been deleted from Youtube because of copyright issues. Only Dhinchak Pooja can steal such shitty music.

With no Regards
Victims of your shitty music.

Going out to eat? Read this before you pay your bill