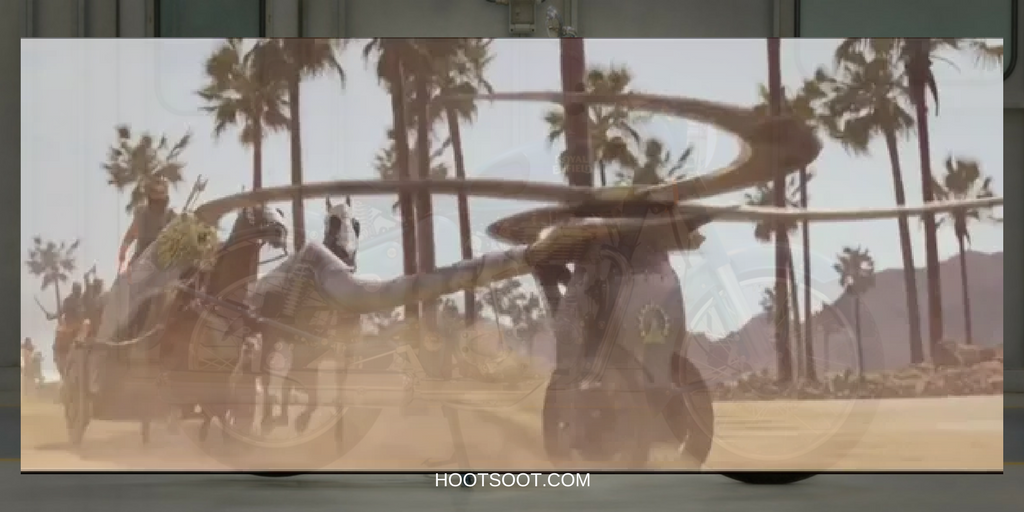 Ever since the release of India’s very own and the biggest epic saga on screen, Baahubali has managed to shatter every record in less than a week. The movie has got rave reviews and is getting plaudits from all quarters. The level of frenzy around Baahubali is such that even the smallest of details related to the movie have a become a news of sorts.

From Rana Daggubati’s confession that he is blind from one eye to the horse eye dedication of Prabhas; every story related to the production of the movie have left the fans inspired and in awe of the superstars. Grand sets to cutting edge VFX; everything seems to be flawless.

And if you have seen the movie, how can you forget Bhallaladeva’s rotating blade chariot. Apart from the lead protagonist and antagonist, the third most major attraction in the movie was this deadly chariot which chopped thousands of people. The chariot had helicopter like revolving blades and was placed in front of the vehicle to chop any attacker into pieces within a fraction of seconds.

Do you now what made the chariot look so powerful and how it worked on the battlefield?

As per Baahubali’s production designer Sabu Cyril, the chariot was powered by a Royal Enfield engine.

“Bhallaladeva’s chariot was built around a Royal Enfield engine so that it would get the power and speed it required. We had done the same in the first part as well,” Cyril was quoted as saying by Manorama Online.

“The chariot also had proper car steering and a driver. We had great fun designing and making it,” said the renowned designer.

Royal Enfield is a cult in itself – whose bikes are known for extraordinary power and performance in the harshest of conditions and this revelation will certainly make every Royal Enfield owner feel proud about their bikes.

Dating a Gemini? You have to see this!