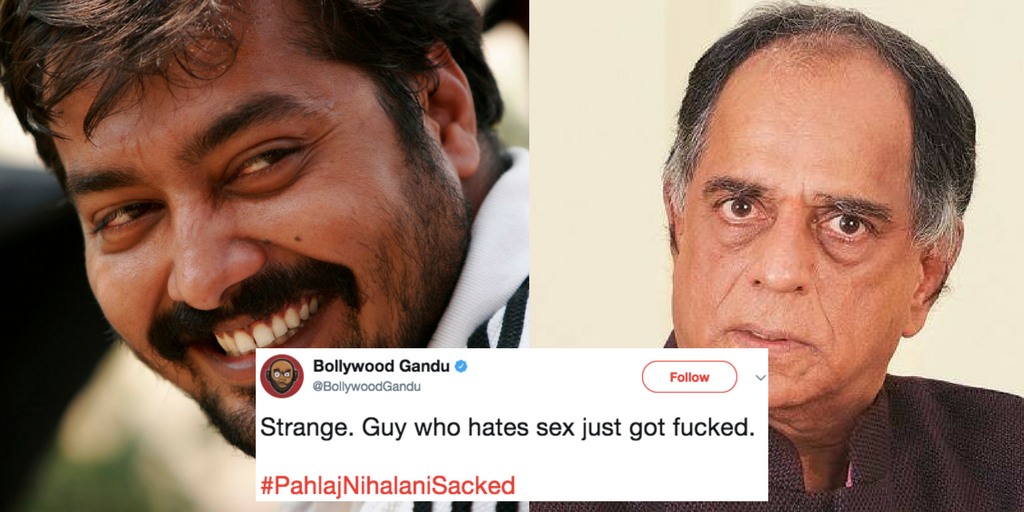 Pahlaj Nihalani, who transformed the Censor Board into ‘moral police’ finally got sacked as the chairman of CBFC. Nihalani was accused of treating Central Board of Film certification as his personal fiefdom by his colleagues and filmmakers accused him of demanding irrational and illogical cuts in the scenes of movies. His some of the most bizarre controversies include omission of the word ‘Punjab’ from movie Udta Punjab and censor of the word ‘intercourse’ from the latest release of SRK Jab Harry Met Sejal.

Twitter is taking a sigh of relief after the ouster of one of the most controversial CBFC chairmen in the history of Indian cinema whose decisions and thought process was always stunk by medieval and patriarchal ideas.

Pic 1: #PahlajNihalani as the CBFC chairman.

It seems someone in Govt went to watch Toilet. Got inspired – decided to flush out one massive SHIT…#PahlajNihalaniSacked