Are you a Star Wars fan? We have some mind-blowing news for you If you are a Star Wars fan, this update is going to blow off your mind. Disney is opening a Star Wars themed hotel where each guest will get their storyline and the hotel staff would wear outfits inspired by the space fantasy movie series. These details were divulged in Disney’s D23 expo in Los Angeles. The guests will be able to view the “galaxy far, far away” when they peek out of their windows and would enjoy an immersive experience throughout their stay at this too good to be true resort.

As per Walt Disney Parks and Resorts chairman Bob Chapek, this is their most experiential project yet.  It will combine a luxury resort with immersion in an authentic environment. The hotel will be made to look like an expansive starship with the star studded galaxy visible from each window. The guests will be a part of a narrative storyline which would play out while they are given the Star Wars inspired costumes to enact their designated roles. 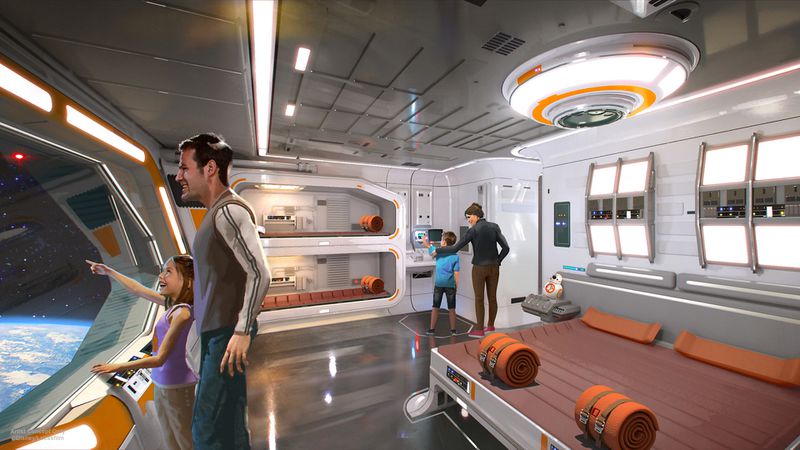 This resort is the stuff Disney fans’ dreams are made of. Disney World Resort in Florida is already a humongous ecosystem in itself. There are shuttles which move guests from one particular location to another, with an impressive lineup of rides, parks and restaurants gracing the overall experience. With this announcement, Disney has reinforced immersive environment as one of the pivotal arms to its parks and resorts strategy. Immersive entertainment is aimed at bringing people in a fictional environment, which is replete with situations and experiences that are capable of blurring the palpable differences between fantasy and reality.