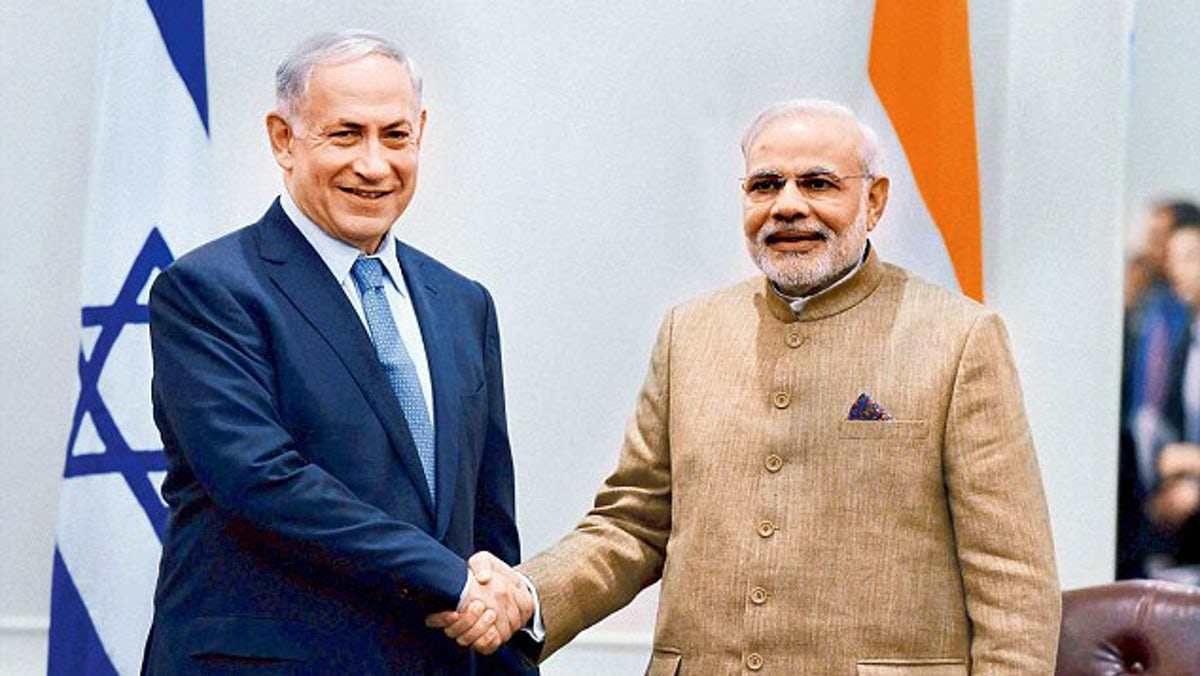 “Aapka swagat hai mere dost” – Israeli PM Benjamin Netanyahu greeted Prime Minister Narendra Modi with these words upon his arrival at the Tel Aviv airport in Israel on Tuesday. Amid a rousing reception, the PM’s visit to Israel is been looked upon with a lot of hope from both the sides. The PM called his trip to the country “groundbreaking” and sought to develop a strong and resilient friendship between the two countries.

At the ceremony, PM Narendra Modi said, “It is my singular honour to be the first ever Prime Minister of India to undertake this groundbreaking visit to Israel. This visit celebrates the centuries old links between our societies as well as the establishment of 25 years of diplomatic relations between India and Israel,”

The two countries pledged to work on bilateral relations and fight common threats like terrorism together. Netanyahu expressed his admiration for India’s democracy, culture, history and commitment. The Israeli PM stressed on the importance of collaboration between India’s talent and Israel’s technology for a successful, long-lasting relationship.