The suspicion, misgiving and the controversy surrounding the vulnerability of EVMs to be tampered is refusing to die. AAP is adamant in its claim that EVMs were systematically hacked and it suffered electoral losses both in Punjab Assembly elections and Delhi Municipal Corporation elections only due to EVM hacking.

The Election Commission has categorically denied these allegations but after the mock hacking exercise in Delhi Assembly by Saurabh Bharadwaj, the confusion and chaos around EVMs has only increased.

This does not augur well for the institutional stability of Indian democracy.

I will be live from Africa on Aam Aadmi Party Facebook page today at 5 PM. Truth about Bostwana (African Country) EVMs and Hackathon.

It was said that Botswana, a southern African country, is organising an EVM hackathon. No political party was enthusiastic about it but AAP which sent Saurabh Bharadwaj to Botswana to participate in the event. Mr Bharadwaj was brimming with confidence that he will expose the truth about EVM hacking and have his Eureka moment. He tweeted that he will be live from Africa.

But it turned out that Botswana organising a hackathon was a miscommunication. The hackathon was never held and in its place there was a demonstration of EVMs by Bharat Electronics – the public sector company that manufactures EVMs.

Election Commission also made a clarification that it is not conducting any hackathon in Botswana after AAP accused it of conducting one in far-away Africa but not in India.

Botswana, a country with the population of 2.3 million, is about to replace ballot paper voting with EVMs. The political opposition there is protesting strongly against this move and has moved to the supreme court against the use of voting machines in elections. 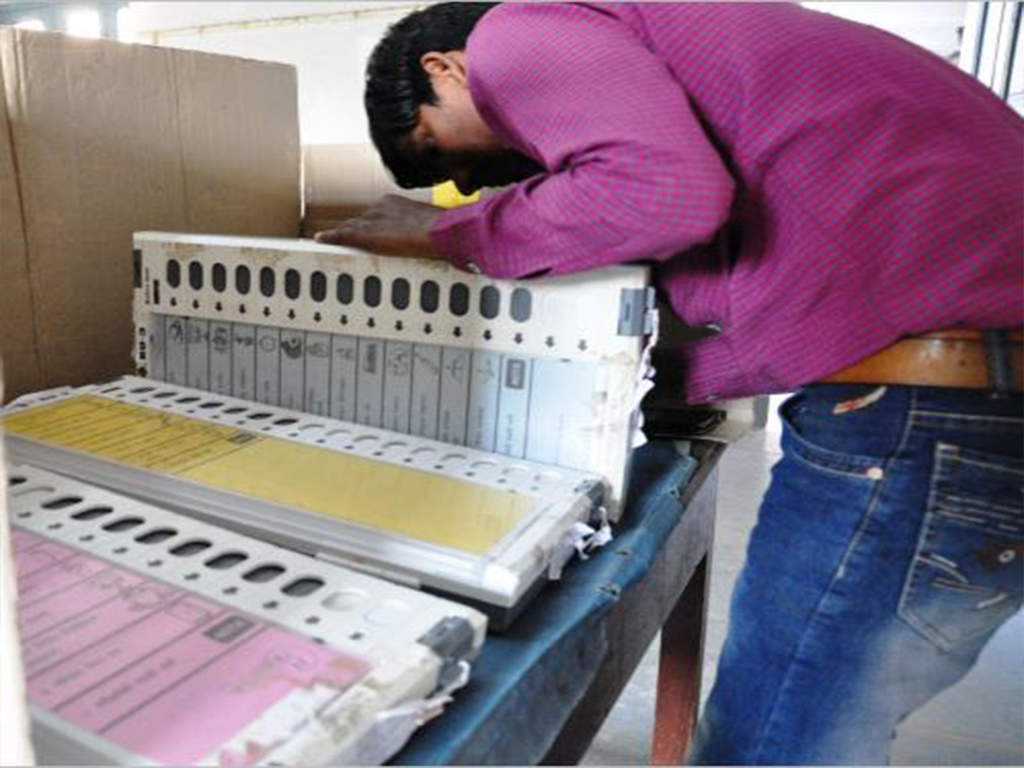 Since 1966, the year Botswana gained independence from British rule, the country is ruled by the Botswana Democratic Party, which has never lost a single national election. However, in the last elections its vote share plummeted by 50 per cent. The political opposition is apprehensive that the government may rig elections efficiently with the help of electronic machines and thus dislodging the ruling party from power will become all the more difficult.

Meanwhile, in India, the Election Commission has said that it will organise an open hackathon on 3rd June but no one will be allowed to change the internal circuitry and motherboard of the EVM. The rationale given by EC is that if  motherboard is tweaked or changed, it won’t remain the same machine. And this is a very valid point.

The Congress and AAP are not participating in the hackathon citing ” too many restrictions “. The CPI(M) and the NCP have registered for the hackathon. The RJD wanted to participate but missed the registration deadline by 39 minutes.

Minister visits hospital in Agra, patients shunted out to “de-clutter”