A basin of peace and serenity: Gokarna

Have you ever seen someone sad at a beach? Have you ever seen someone cribbing about going to a beach. Yeah, right. Beach is never a bad decision. There is an undefined alacrity about beaches which tends to sweep away all the antagonism a person possesses. I’m sure you all are already picturing the alluring beaches of Goa in your heads, because that is the first place which strikes our mind when it comes to beaches. Goa is irrefutably the most popular tourist destination in India. So let’s take the road less traveled here and talk about a place equally exquisite and less prominent on the map of India. Let’s talk about Gokarna!

A small temple town located 144 km south of Goa, Gokarna preserves a distinctive culture which distinguishes it from other tourist destinations in the country. In fact, I wouldn’t even regard Gokarna as a tourist destination. It is more of a travelers’ paradise. We stayed at a small resort near Kudle Beach which goes by the name of Namaste Sanjeevani. It is one of the most tranquil place I’ve ever stayed at. There was an aura of composure and stillness about the place. New places never cease to energize me. The weather was mellow, so I decided to take a walk through the resort compound. The lanes were accompanied by lush green flora throughout. It all seemed unadulterated and unruffled. There was an element of immaculateness about the air. It was the most crisp air I had ever breathed.

Kudle Beach is one of the many gems of Gokarna. Clear water, unblemished sand, wooden cafes, frugal shacks, and travelers from different cultures and creeds. It just can’t get any better. Sitting in one of those cafes, sipping on beer while eating pizza, and listening to the sound of waves took me to an unparalleled state where it was all me, just me. The night at the beach was blazing. There was bonfire and people sat around. Some played the guitar, some sang songs in their local language, while some danced. It was outlandish to see people who were complete strangers to each other a few hours back come together and savor life. What possibly could have brought all of us together? 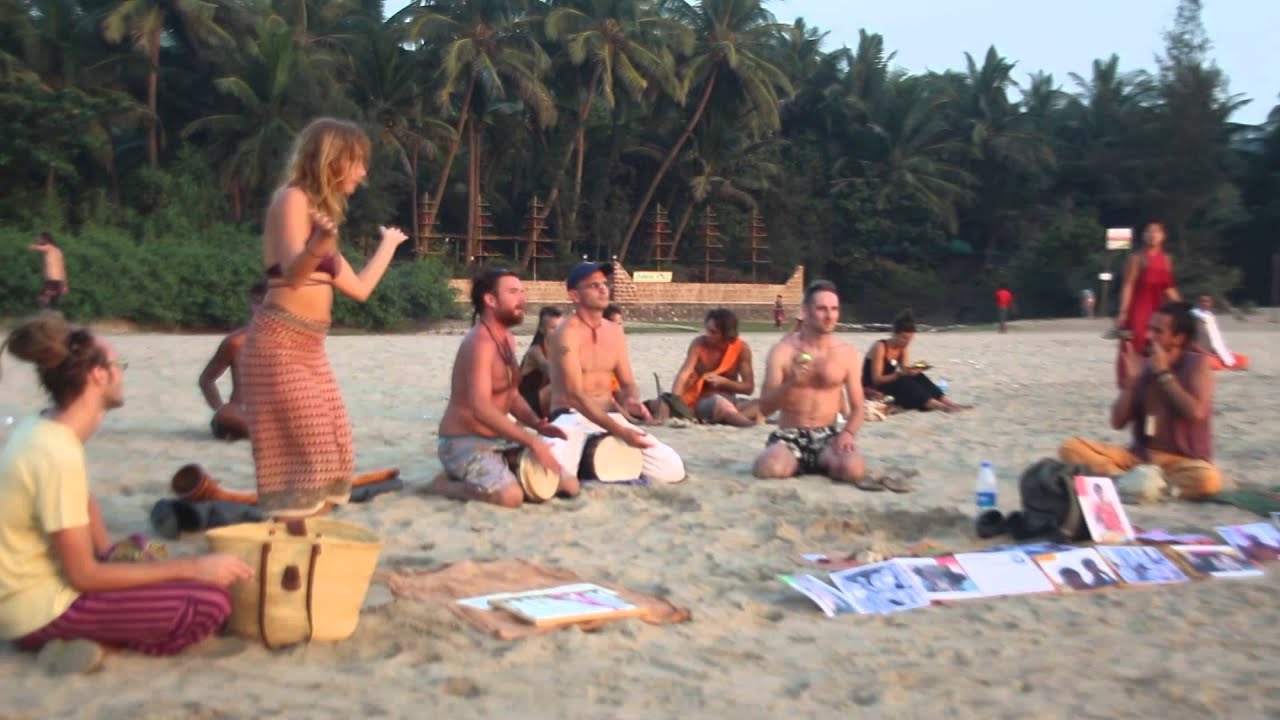 The restaurant of Namastey Sanjeevani is one of the most offbeat restaurants I have ever been to. The walls were loaded with meaningful graffiti, there was a lucid bookshelf, and there were mattresses on the floor where people sat and enjoyed food while being lost in a different world. I interacted with a group of people there who had come from Bangalore. We talked about life in the corporate world, and how a getaway from the hustle-bustle of the busy city life is all they need. There was a sense of sameness about that place. No one seemed to be a stranger to anyone.

I woke up early the next morning and almost couldn’t believe what I saw. The resort was wrapped in fog. The whole scenery was painted in green and white. I decided to take a walk from Kudle to Om beach. It was a small trek. The route was lush green, the atmosphere unsullied. There were small ants on some trees. The sight of them moving in a defined queue got me thinking if they are marching soldiers or disciplined drivers? Who teaches them to be disciplined? Who teaches them to be patient and respect each other’s pace?

Om Beach could be regarded as nature’s gift to this place. Shaped as a giant Om, the beach is composed of gigantic rocks. Climbing on one of those rocks and sitting there was a captivating experience altogether. It was enthralling to see the fierce waves hitting the rocks repeatedly. Don’t we all become a rock at some point in life? A point when we see nothing, we absorb nothing, and nothing breaks us? It started raining while I was still sitting there. I chose to not move at all, sit there and relish the beauty that it was. Fierce waves, mammoth rocks, torrential rains, and bright boats sailing against the odds. Nothing could have explained the meaning of determination in a better way.

Gokarna revealed to me the other way of leading life. It taught me that there’s so much to life which we don’t even explore. It made me realize that there is no way to happiness, happiness is the way.