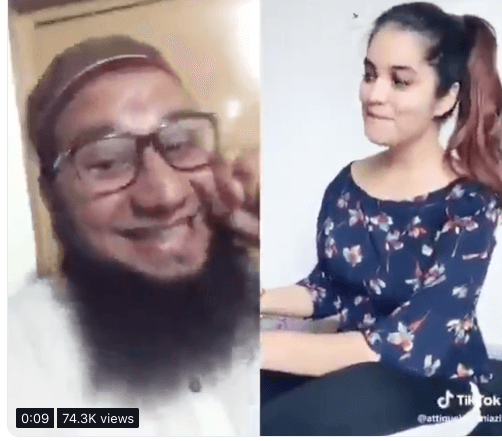 The video-sharing platform Tik Tok has been shown the door in India. While some commentators are mourning the demise of freedom of expression, the saner lot is celebrating. A large reason behind the happy outburst on this drastic step is the kind of content this community app was producing. It was crass, unfunny, and totally avoidable. Like, we would have lived, pretty happily, in fact, if some of these videos had not existed. Don’t agree? These 10 videos are a testimony to the sheer madness Tik Tok was perpetrating.

Why TIKTOK should be banned. pic.twitter.com/BdVaBTZXRF

4. This pair of unusually depressed lovers

5. Certainly something you would want to unsee

8. This grown ass man with ponytails

9. This unexplainable waste of water

11. Why are all the Tik-Tok men drenched in water, again?

Watch till the end pic.twitter.com/Ige3UD0tLx

12. This level of unseen creativity

Still the most creative one pic.twitter.com/Onh5hBmr9p

13. The mashup nobody asked for

How did u guys miss this pic.twitter.com/bgRld7MMop

14. This over the top display of passion, sadness, agony, and basically all the emotions I display in an entire year

15. And this ultimate family effort