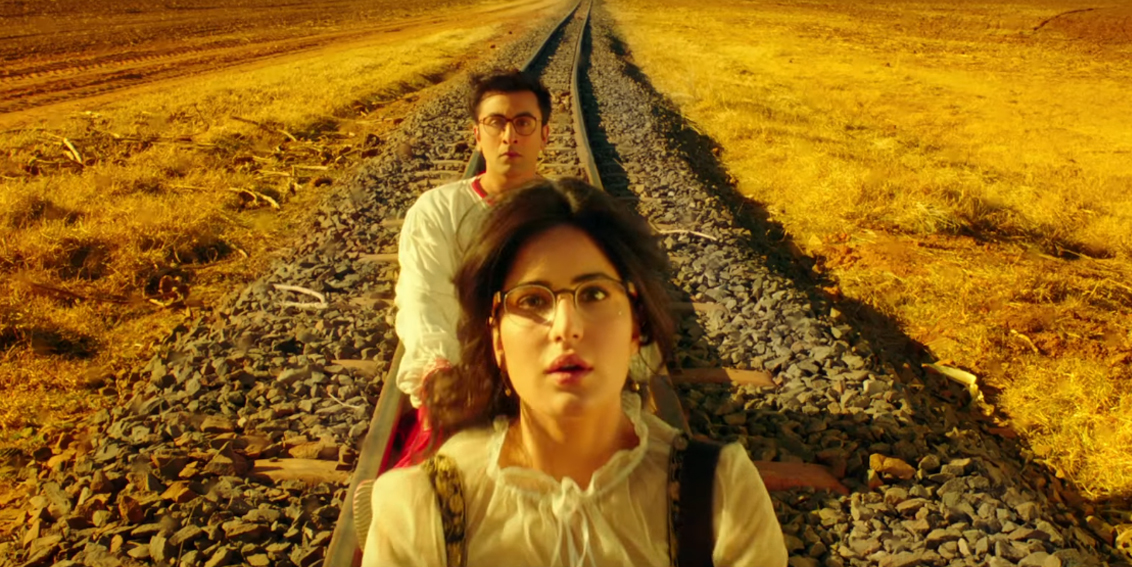 Ranbir Kapoor and Katrina Kaif starer Jagga Jasoos released today. Ranbir plays the lead role of an intrepid boy detective named Jagga whose foster father sends him a videotape of his adventures every year on his birthday, but without disclosing his whereabouts. One day the videotape doesn’t arrive and Jagga decides to embark on a long trip to locate his foster father. Shruti Sengupta (Katrina Kaif’s name in the movie), a London educated Calcutta based journalist in the lookout for an international weapons smuggler, stumbles across Jagga and the pair goes on a series of mishaps and adventures. What is intended to be a rollercoaster ride, ends up like a too predictable merry-go-round.

1) The 3-hour long movie gets tedious and incoherent. A lot many people will find it too long with too little excitement.

2) Despite good acting by Ranbir, the movie lacks any gripping story plot, and the songs in place of dialogues do not compensate for it at all.

3) Katrina Kaif’s role is unimpressive and very run-of-the-mill. She is seen bumbling in her role as an investigative journalist.

4) The movie is neither a full musical drama, nor a spy thriller, nor a children’s fantasy. It is a confusing mix of sorts, with half hearted execution.

5) The theme tries to borrow from eclectic sources: Steven Spielberg, Tintin, James Bond, Disney fantasy, Harry Potter and Around the World in 80 days, but does not do justice to even one and the resultant concoction is dull and insipid.

6) The movie shows the strikingly good looking pair of Ranbir and Katrina in exotic locations from Thailand to Morocco to African wilderness and engaging in daring action sequences, but again it is anything but riveting, and other than the picturesque locations, everything else simply lacks the verve.

7) The movie attempts to be offbeat and zany, but it fails in that attempt. Ranbir and the cinematography are the only saving grace.

8) The storyline proceeds very slowly and there are disjoint pieces of a jigsaw puzzle, which are only joined half-heartedly.

9) The musical composition by Pritam looks not only unoriginal but also lazy and vapid.

10) Ranbir tries to lift the movie on his shoulders like a Hercules, but lacunae in the plot and the desultory fusion of different genres prevent him from doing so.