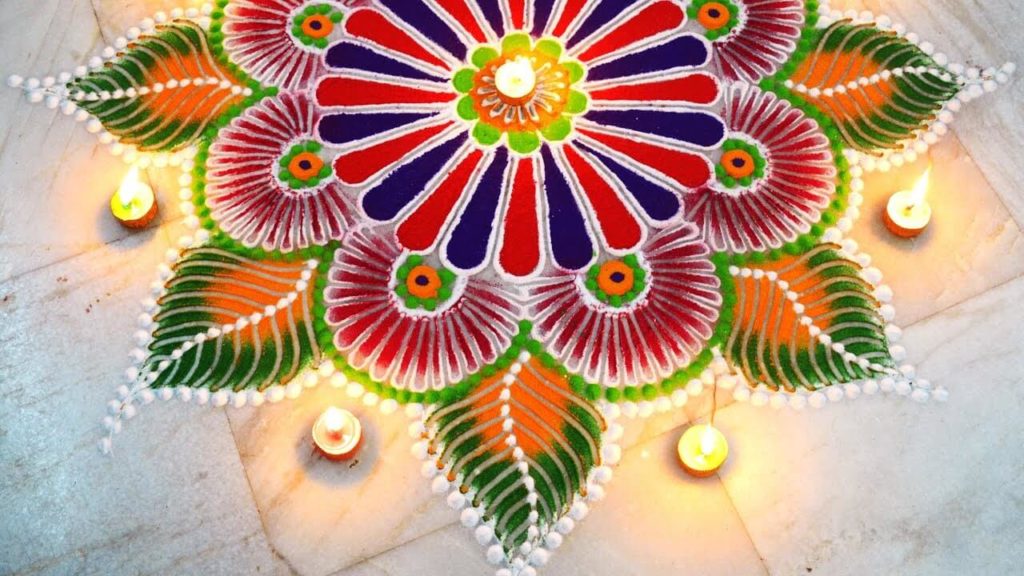 The Diwali hangover is still heavy on our heads with the sweet tooth asking for more indulgence, the bulging tummy begging for some self-control and the breathless lungs seeking some mercy. Though Diwali means a lot of different things for different people, there is one integral part of the festival that is really closely entwined with it – Rangolis. Talking about Rangoli, the people behind their conception fall in two categories. The first category is made up of the conventional ones. They are as boring as a 9-5 job. Their Rangolis reflect this monotony. Flower petals, peacocks, gods and goddesses – their designs are totally run-of-the mill.

The second category, however, is made up of some  out-of-the-box rock stars. They let their creative juices flow and color up their verandahs. They are the rebels who choose to play guitar over resigning themselves to a corporate rut. Since you must have seen a hell lot of conventional Rangoli designs in the past few days, refresh your eyeballs with some totally out-of-the-box artistry. These designs are brought to you by the second category of creative gang lords who are mostly found on what is the safe abode of the ones of their kind – Twitter. Here you go

Everyone please appreciate my #Rangoli. pic.twitter.com/WtzSN5KgI2

That's a rangoli made by my 10 year old sister, Khushi! She had us surprised when she showed this to us all of a sudden. pic.twitter.com/zKtAv8pxMk