10 most magical things to do in the Czech Republic

There are a lot of reasons to check Czech Republic off your bucket list. We are going to give you just 10. 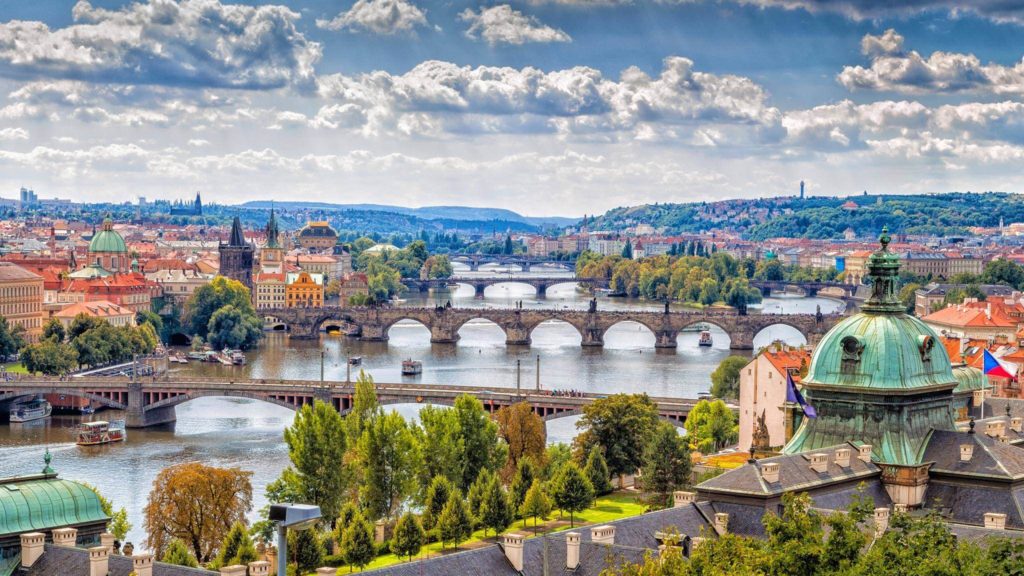 The Czech Republic is a country in Central Europe fabled for its magnificent castles, an elaborate history, and amazing beers. It is bordered by Austria in the south, Poland to the north, Slovakia to the south-east and Germany to the west. After the fall of communism in 1989, the Czech Republic has emerged as one of the most popular travel destinations in Europe. Prague, the country’s capital preserves its heritage embodied in medieval architecture and vibrant cultural offerings.

Here are 10 magical things you could do in the Czech Republic which will want you to include this Gothic-inspired city in your travel bucket-list: 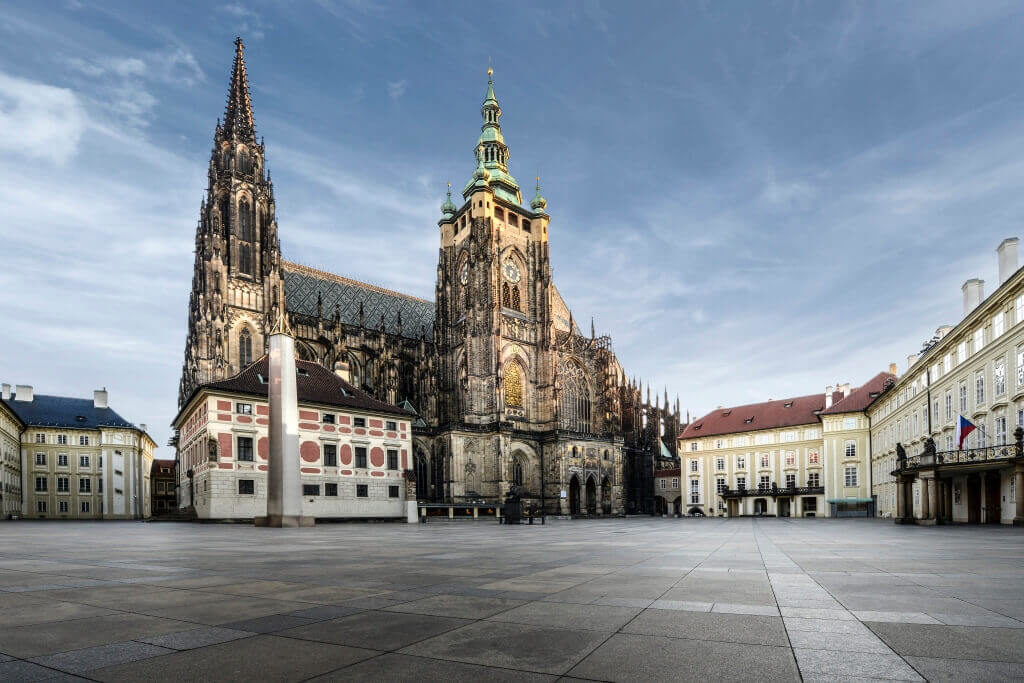 Prague, the capital city cradles the nation’s culture through a spell-bindingly beautiful influence of Gothic architecture. The Prague Castle is one of the most important monuments in the Czech Republic and is like a textbook course for lovers of architecture and history. The castle is said to be most likely built by Prince Bořivoj of the Premyslid Dynasty in around 880. It holds the Guinness World record of being the largest coherent castle complex in the world. 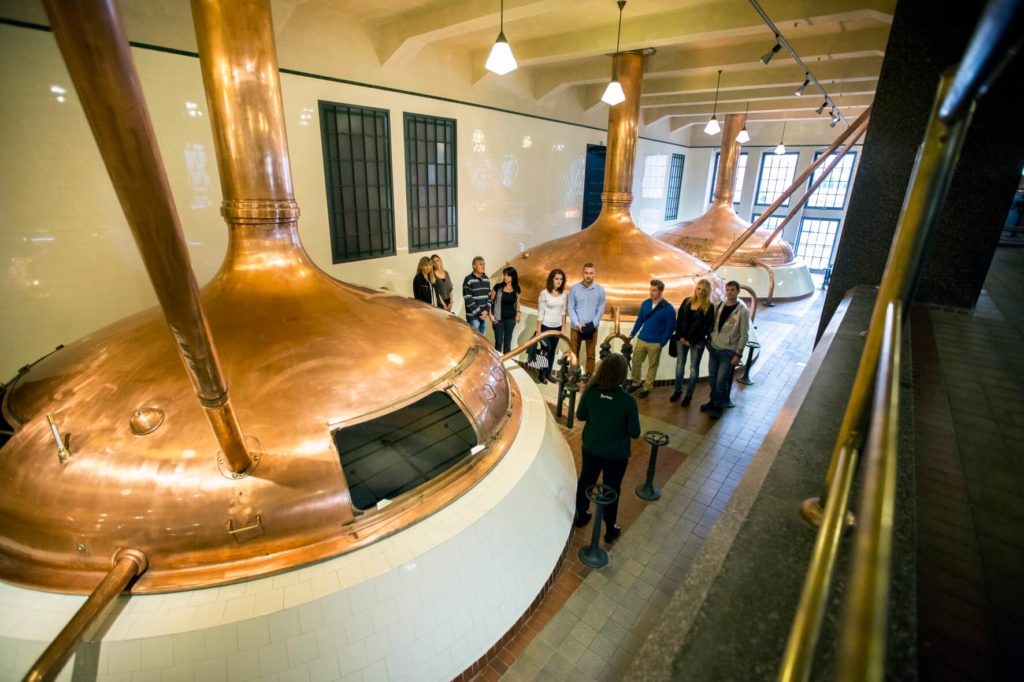 Take a tour of the Pilsner Urquell brewery in Plzeň. The brewery which came into existence in 1842 is said to be the inspiration of more than two-thirds of all beers in the entire world. Fascinating, right? Visit the bottling facility of the iconic beer, know about the ingredients which go behind in making it and clink your beer glasses by gulping down the unfiltered Pilsner Urquell in the historical cellars.

Map the journey of silver in Kutná Hora

The King of Sedlec was so happy when he knew about the discovery of silver in the area in the 1200s that he established a royal mint here in 1300. With all the cash churning out from the business, the absolutely gorgeous church of St. Barbara as well as the Cathedral of our Lady was established. Both these places are honored with the World Heritage status from UNESCO. Take a tour of the Czech Museum of Silver and explore the art of making silver. You just can’t miss the original “donkey gin” –an animal mining machine.

Walk in the midst of the hidden treasures of Karlštejn Castle

Imagine a castle which was built to store the royal treasure of the Roman empire. Imagine you wandering through the splendid castles awe-inspired by their ingenuity. Go to the most visited castle in the Czech Republic, which was established by Charles IV. Stand in astonished wonder at the Chapel of the Holy Cross and admire the ethereal beauty of the pictures of Master Theodoric. In a mood for some adventure? Take a stroll to two really famous Czech quarries – Little and Great America and mix a bit of adrenaline in whole lots of royal finery.

Go all agog at the Great Synagogue in Pilsen 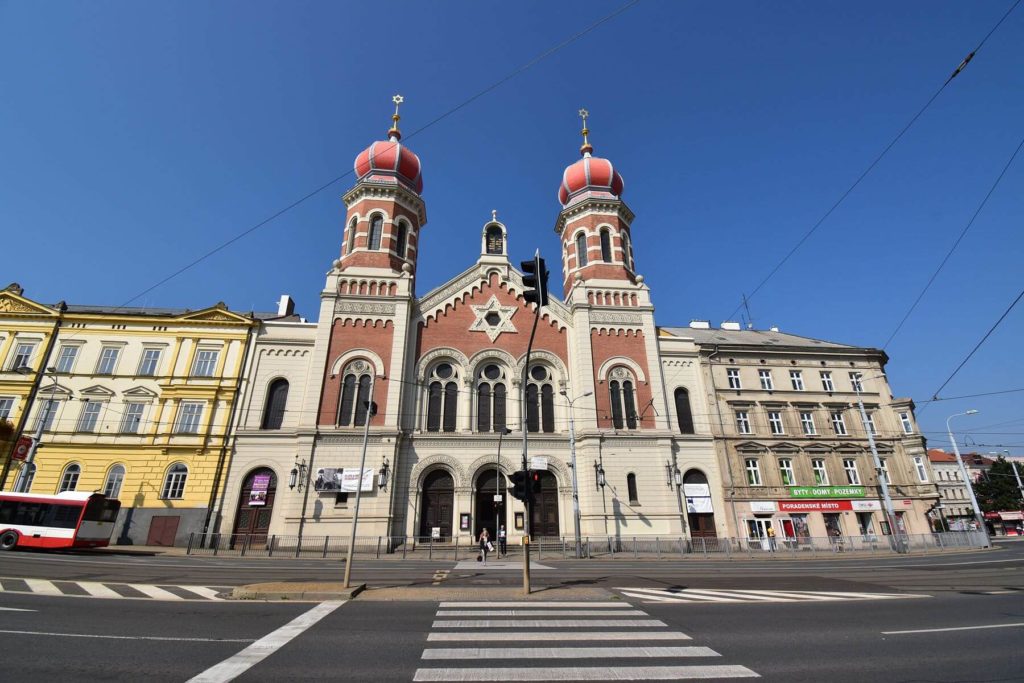 Officially opened in 1893, the Pilsen Synagogue holds the distinction of being the third largest synagogue in the world after the grand temples in Jerusalem and Budapest. Adorned with the star of the David at its façade, its design was done by the Viennese architect Max Fleischer. The resplendent structure which was decimated during the Holocaust and bore the brunt of negligence in the Communist era was restored to its previous glory in the 1990s. Witness the crests and troughs history has brought upon this architectural marvel.

Walk on the breathtaking Charles Bridge

Built over the river Vltava, this glorious bridge came into existence in 1357. It runs over a distance of 520 meters and boasts of numerous breath-taking points of interests. The most famous of these are that of Holy Roman Emperor Charles VI, and John of Nepomuk, Czech Republic’s most revered saint. Capture the resplendent views and make sure you plan a walk during the off-peak hours – that’s the best time to catch the beautiful surroundings in their utmost glory.

Soak in some history at the museums of Brno 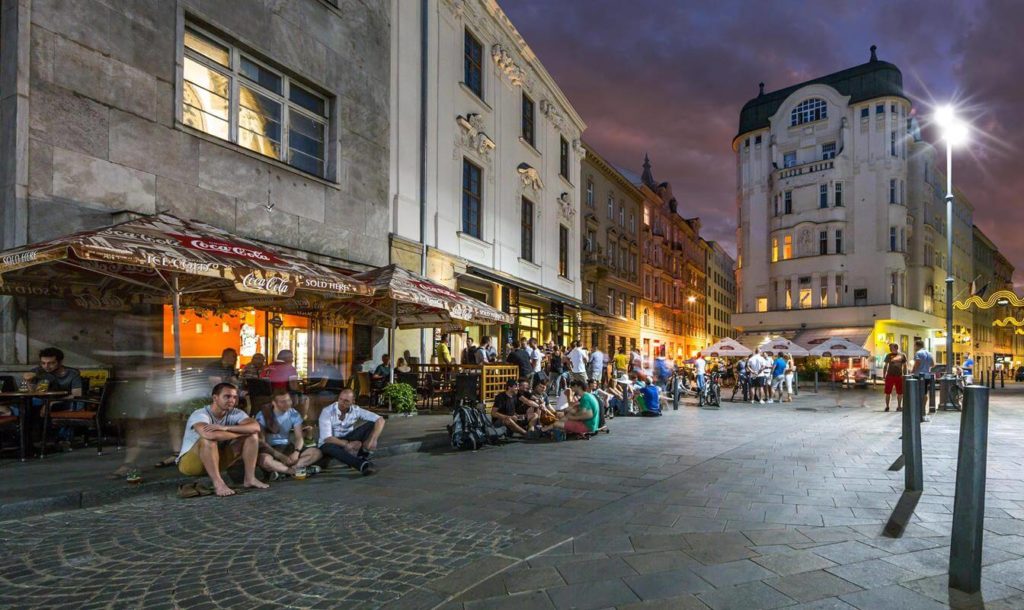 Located in Moravia, one of Czech Republic’s historic regions, Brno is the city’s cultural hub. A perfect blend of history and modernity, the city is home to three alluring castles – Špilberk, Veveří castle, and the Líšeň Castle. The city hosts the adrenaline filled annual Moto GP Grand Prix. There is also the scintillating annual international fireworks festival – Ignis Brunesis which takes place in July every year. One of the most interesting landmarks the city has is the Brno Underground – it’s a fascinating labyrinth of underground cellars.

Resurrect your love for fairytales in Telč

Do you believe in fairytales? Want your very own fairytale? Make it come alive in a picturesque town complete with a central square that looks like it has come straight out of a Disney movie. If that was not enough, it has crystal clear fish ponds and a romantic chateau. Part of the UNESCO world heritage, it won’t be an exaggeration to call this town one of the most beautiful Europe has been blessed with. Buildings wearing different hues but built in similar styles are a sight to behold and bound to stay with you as some of your most cherished memories.

Shop, eat and unwind at the Old Town Square 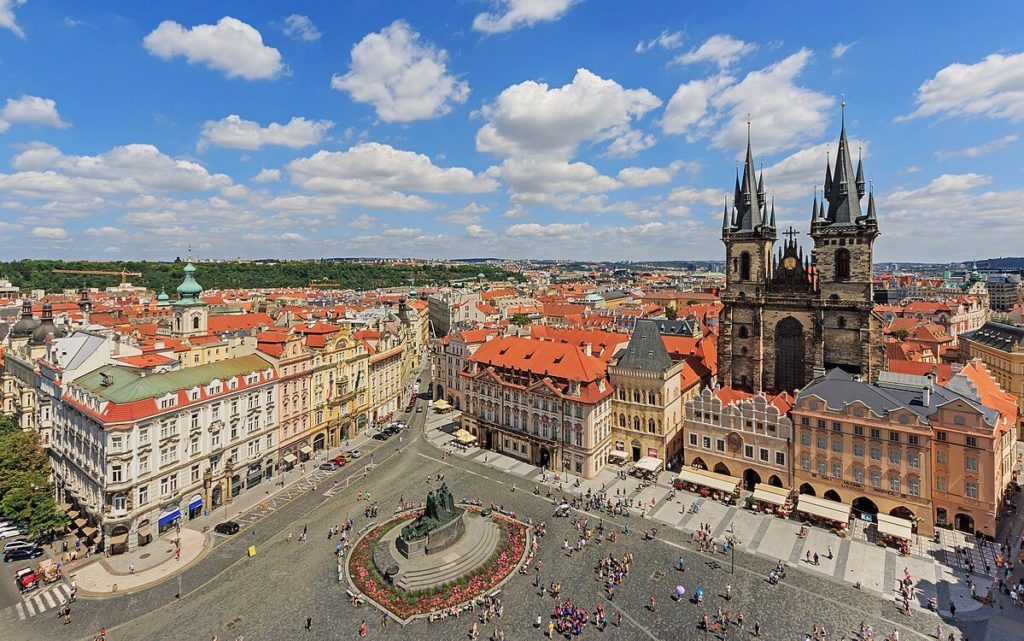 Experience the intermingling of historical and contemporary at the Prague’s Old Town Square that has stood through history to witness some of the most important, defining moments of the bygone era. This was the city’s first market, it is placed at the intersection of medieval trade routes. It still has buildings that date back to the 10th century. Some notable monuments include Old Town City Hall, and St. Nicholas Church. 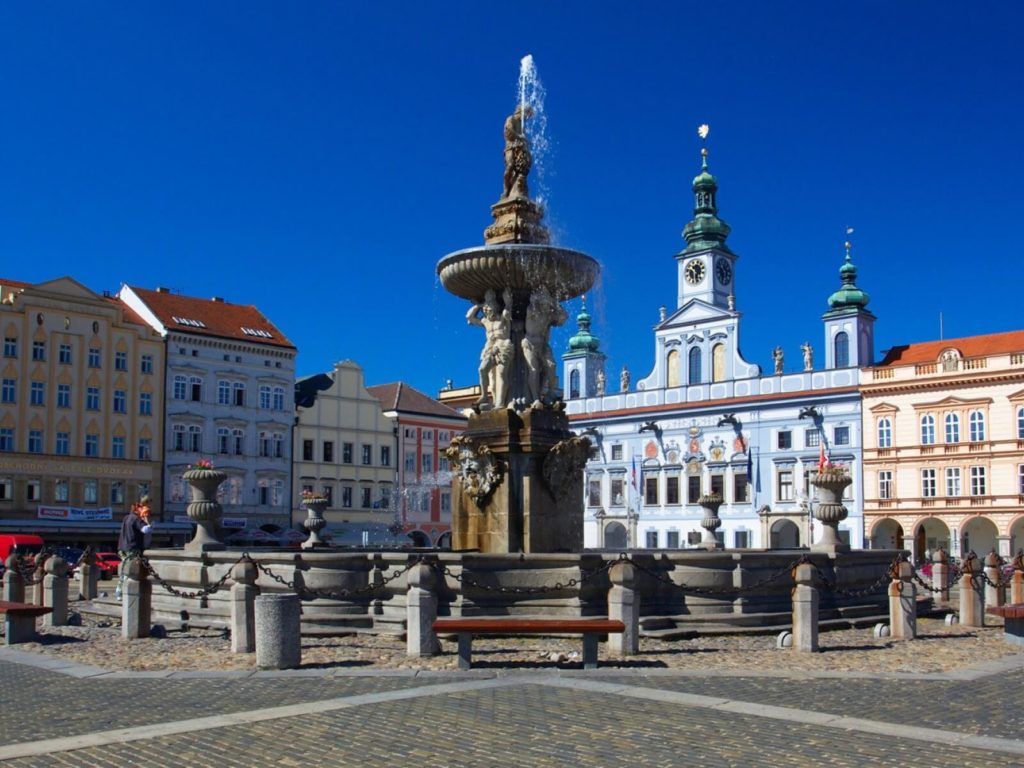 The provincial capital of Southern Bohemia, České Budějovice can be the perfect spot to explore the region’s rich cultural, and historical heritage. Ogle at the town in its unbridled splendor from the Black Tower, admire the distinctly yellow colored Vcela Palace or witness the greatest of Gothic architecture in the form of St. Nicholas Cathedral. This town is home to the iconic “Budweiser” beer sold across the world. Take a tour of the brewery it is made in and taste the globally selling, freshly brewed beer right out of the cellar.